Yes, it appears that many of Brisbane's ferry terminals are gone … 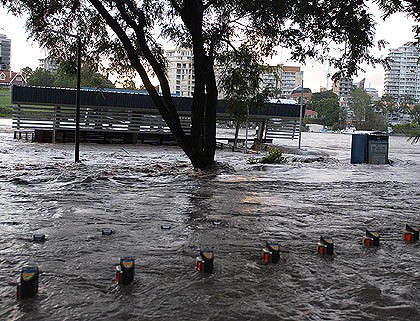 … but the boats themselves were saved.  Buses are replacing ferries, we're told, though buses can't do much without bridges.

Floods this major don't often happen in developed-world cities.  If you're interested in the recriminations phase, Kerwin Datu has a good overview in the Global Urbanist.

One Response to brisbane: the last on the flood

You are here: Home › brisbane: the last on the flood