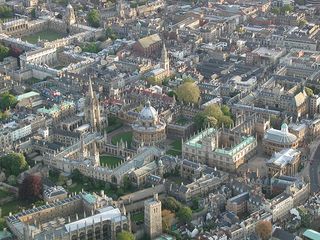 Oxford, England seems to have taken a step toward a more North American way of thinking about transit.

In the "deregulated" ideology governing public transit in the UK outside London, the ideal bus line is a "commercial" one, consisting of two or more bus companies running on the same street competing for passengers.  Customers are supposed to feel empowered to choose between Joe's Buses and Jim's Buses, though in practice they're likely to feel frustrated when they hold a Joe's Buses monthly ticket and therefore have to let Jim's bus go by.  The idea that the customer might just want to get where she's going, and thus just wants to get on whatever bus comes first, never fit the ideology very well.

So I was struck by this news from longtime UK reader Peter Brown:

I thought you might be interested in a significant development in the UK deregulated bus scene.  Starting on Sunday 24 July Stagecoach and Oxford Bus Company cease competing on Oxford's main bus corridors and start a co-ordinated network branded 'Oxford SmartZone'.

This arrangment was brokered by Oxfordshire County Council (the transport authority) using new powers introduced under the Labour Government whereby local authorities can negotiate a cessation of bus competetion where they judge that the free market is not providing the best service to the public.

Oxford has been a major success story since deregulation in 1986, in that two large bus companies compete vigorously on all main corridors as was intended by the legislation.  Elsewhere in the UK bus companies have tended to consolidate by acquisition eventually forming regional monopolies.

[JW:  Note that to say Oxford was a "success" after deregulation says nothing about whether customers were served better, though that may have been the case.  As Peter notes, the deregulation movement saw competition as the goal, not any improved mobility outcomes that supposedly flowed from it.  Clearly, too, Oxford's sky-high transit demand has nothing to do with deregulation; as Peter explains, it's a feature of the city …]

Oxford's success is due to its geography, it's historic city centre which is unsuitable for unrestrained car access, its huge student population, and a pro-public transport local government.  The result is that buses account for 50% of the modal split on journeys to/from the city centre.

However the council wishes to expand the pedestrianised area in the city centre which would concentrate bus movements onto fewer streets to an unacceptable level.  The Council therefore brokered a co-ordinated network with fewer (but larger) buses on the main corridors, reducing bus movements but maintaining capacity.  The alternative was to remove bus access to the city centre forcing passengers to transfer to shuttle services to access the pedestrianised core.

More information on SmartZone can be found at:

You will see both companies have the same network map.  The timetables on each site show the same times but in differing formats.  Impressive frequencies until late into the evening.

North American transit advocates who think Europe Does Everything Better might want to contemplate Oxford's achievement, which is a small step toward the a simplicity that most North American transit riders take for granted.  Imagine: Your ticket can now be used on the next bus that comes!  Since this situation arises directly from a "deregulation success," it would seem to question the whole UK deregulation model, though in this case the shift is led by the companies themselves.  I suppose it could be called virtuous (and legal) collusion, and like the elimination of fare penalties between New York's buses and subways, the result is likely to be higher ridership all around.  So what were we competing about exactly?

Here is a local press report on the first few days. It appears that the 25% reduction in buses has been noticed, if not the fact that the new fleet are double deckers and thus capacity has been maintained.  [JW:  I'd expect that in such a bus-congested corridor, effective frequency has been maintained as well.]  For US readers I have also found an interview with the Commercial Director of one of the UK's best bus companies that has really thrived since deregulation by focussing on what passengers want.

bit of weekend fun
network design course: the next step

22 Responses to an oxford innovation: take the bus that comes!

You are here: Home › an oxford innovation: take the bus that comes!