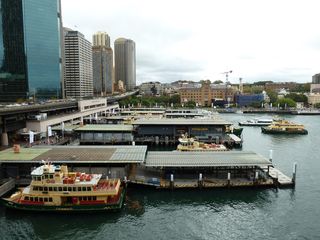 The company that runs Australia's immigration detention centres has made the short list to operate Sydney's ferries.  Harbour City Ferries and Transit Systems are the other two bidders on the list. Security company Serco has a contract with the federal government to run Australia's detention centres, which are the subject of a parliamentary inquiry after recent protests and unrest among detainees.

Insert your own quip here.

seeking the steve jobs of transit
how do you compare to your peers? should you care?

You are here: Home › sydney: new perils of privatisation