Another report from USPIRG on the decline of driving in US cities is out today. Transportation in Transition: A Look at Changing Travel Patterns in America's Biggest Cities combs through secondary data to assess changing mobility patterns. The big picture is clear: in nearly all of America's major cities, less driving is happening, as measured by miles traveled, journey-to-work mode, or share of work done from home.

Some key statistics from the report: 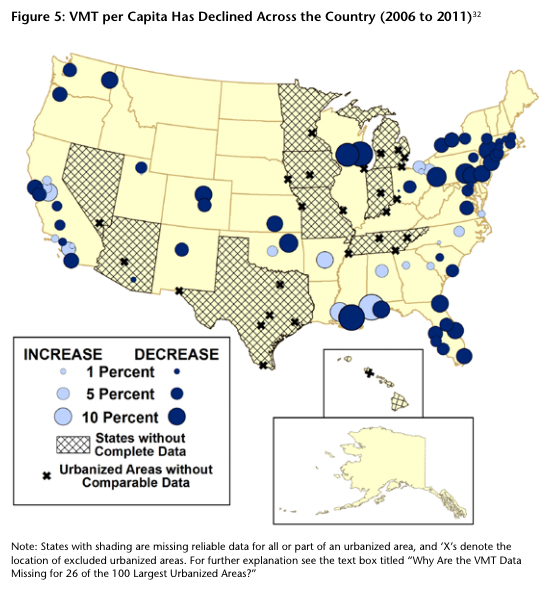 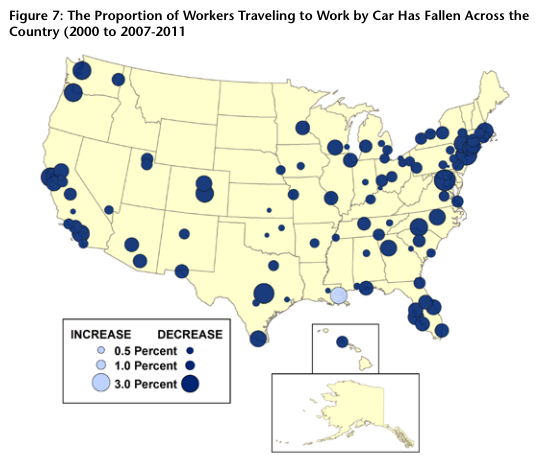 Of course, the canned response to data of this sort is to attribute it entirely to the 2008 recession and its knock-on effects on personal income and unemployment. USPIRG's analysis seems to refute this idea, finding that unemployment in the 15 areas with the greatest declines in VMT actually increased less from 2006-2011 than in all other cities. The same holds true for declining income and increasing poverty. The bottom line is that in the cities where mobility patterns are changing most intensely, this shift cannot be handwaved away by pointing to the recession. 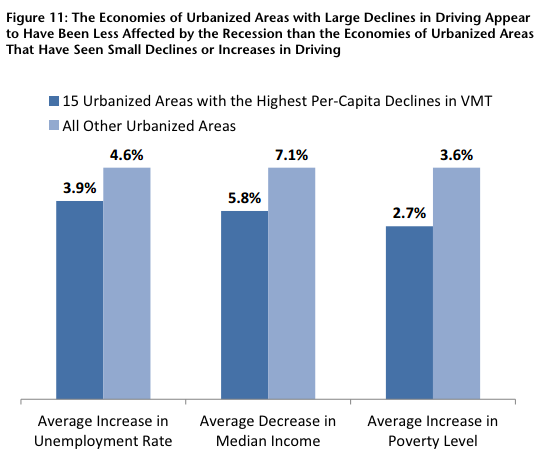 Previously noted: USPIRG's report on the correlation of the market penetration of mobile communications technology and decline of driving.

auckland conversations: my presentation on how bus networks liberate
should we cut fares or increase service? an advocacy parable

You are here: Home › yet more evidence for the decline of driving in the US