A while back I posted some City of Portland data showing that in the past 12 years, during which four new rail transit segments were opened, the percentage of Portlanders who take transit to work, called the journey-to-work mode share, didn’t improve at all.

Several commenters wondered if data for the whole Portland region, as opposed to just the city, would look different.  One also raised questions about the representativeness of the City survey’s sample.

So Portland reader Nathan Banks dug into the Census for similar data.  His charts show census data for 1990 and 2000, plus American Community Survey (ACS) data for the years since 2000.

He’s done charts for all three of the Portland area counties.  You can see a PDF of his charts here:

Meanwhile, let’s just look at the chart for the all of Multnomah, Washington, and Clackamas Counties — a not-bad approximation of the Portland metro area. 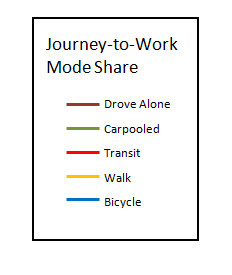 (Portland transit professionals: if you have insights on these numbers that you don’t want to say publicly, please email me.  If there’s a happier version of this story, I want to tell it.)

The ACS data used since 2000 is a bit less reliable than the census, so I would take the year-to-year jaggedness of the line after 2000 as indicating a rough sense of margin of error.  (Actual mode shares certainly didn’t bounce around that much.)  Still, ACS in 2002 is close enough to Census 2000 to give some credibility to the rest of each line.  What’s more, Nathan’s chart for Multnomah County, which is mostly the City of Portland, matches the  City of Portland data well enough that these independent data sources have to be taken as confirming each other’s message. In short:

Bravo for the cycling advocates, who’ve made great strides during this period. 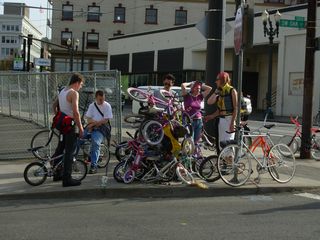 Still, for all the investment in transit, it’s hard to feel good about these transit numbers.  Yes, this is only journey-to-work, which is not the whole measure of a city’s transport system.  It certainly feels as though the Streetcar, at least, is attracting happy riders, maybe errand and shopping and school trips rather than work trips.

But I’m not sure how to make a happy story out of this data from a transit perspective, and would welcome your thoughts.  Is Portland on the wrong track?  Or is it just trying to do something else, something more important, that these data don’t measure? 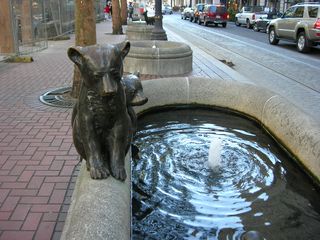 Unemployment and the Transit Imperative
If Your Bus is Late, Should the Agency Pay?

40 Responses to Portland: Another Challenging Chart

You are here: Home › Portland: Another Challenging Chart