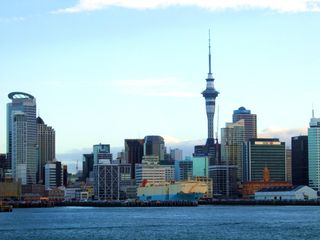 Greetings from New Zealand’s largest city, the focal point of an agrarian nation’s ambivalence about urban life.  If you’re a young North American who wonders what Seattle was like 40 years ago when I was a tyke — before Microsoft, Amazon, and Starbucks — Auckland’s your answer.   To a visitor accustomed to North American or European levels of civic vanity, it often seems that Auckland still doesn’t know how beautiful it is.  That’s always an attractive feature, in cities as in people, even though (or perhaps because) it can’t possibly last.

Like Seattle, Auckland occupies a spectacular hilly ithsmus, a landscape that constantly reveals surprising water views.  But unlike Seattle or San Francisco, Auckland has resisted the temptation to build on its hilltops, so the barriers to cycling and walking are relatively moderate given such scenic terrain. 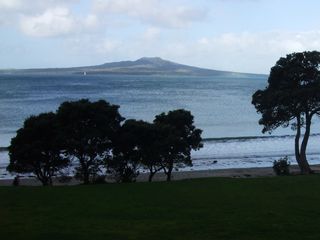 The bright green hills that dot the city, almost all protected as parks, are volcanic cones, remnants of various eruptions from the active lava fields below.  On most of the Pacific’s ring of fire, we are advised to worry about specific, well-identified mountains that might erupt.  Auckland, by contrast, could erupt pretty much anywhere.  Rangitoto Island (pictured), a dramatically symmetrical cone rising out of the harbour, is less than 1000 years old, and there’s no predicting where the volcanic field will punch the next Rangitoto, or when.

Perhaps because the landscape is so unpredictable, New Zealand political and economic life seems often to err on the side of serenity.  There is noticeably less turbulence and rage in political debates than you’ll find in North America or even in Australia, as New Zealand parties compete mostly for a broad and pragmatic centre of opinion. 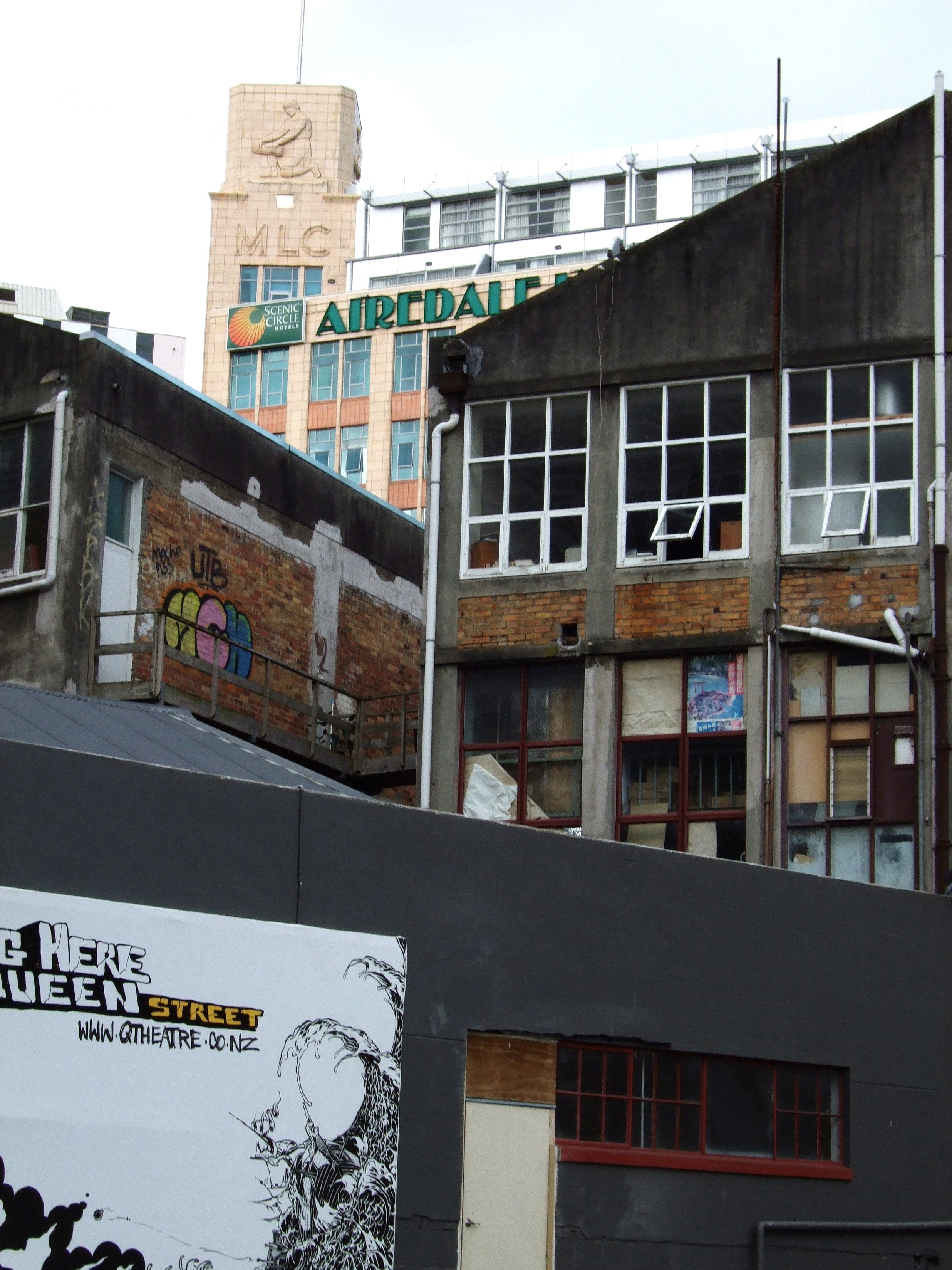 The economy is never spectacular but never devastated either; the relative absence of huge boom-and-bust cycles has spared Auckland the ravages of what Jane Jacobs called “cataclysmic money,” historical moments (such as the 1950-60s in America) when there is so much money to build things that a city is transformed too fast, too heedlessly, without time to notice the side-effects.  So you can still find the complex layering of different periods, and different levels and types of prosperity, that are essential to an interesting urban environment.

Transit?  Primitive if you compare it directly to Seattle or Vancouver or Brisbane or Perth, let alone to a European peer.  UK-style privatisation means that a tangle of private bus companies charge incompatible fares.  A historic commuter train network still runs diesel trains at poor off-peak frequencies.  But at dinner last night with some Auckland transport friends — including Joshua Arbury, who manages the very thoughtful Auckland Transport Blog — the consensus seemed to be that the basic ideological battle in favor of public transit has been won, even if many of its fruits are not yet visible on the ground. 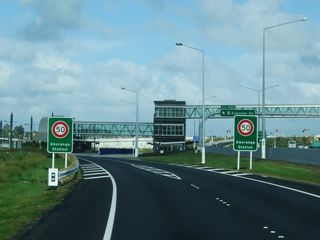 But there have certainly been some triumphs:  The Northern Busway, designed in emulation of Brisbane’s high-end busway network, is helping to organize land use and transit planning on the North Shore, and extensions of it are planned.  Electrication of the rail network, which will modernise the trains and make more frequent service viable, is funded and moving ahead.  Planning of the bus network is gradually being centralized.

The most remarkable transformation now underway — about which all the Aucklanders I know are a bit ambivalent — is the consolidation of the entire urban area, and its inner ring of surrounding rural districts — into a single enormous City of Auckland.  Such a step is barely imaginable in Australia and inconceivable in most North American contexts.  The Royal Commission that designed the scheme studied many cities worldwide, and finally resolved that the single, strong mayor and council — modelled most effectively by London — was the thing Auckland needed.   This means that a range of existing regional agencies are about to turn into city departments.  Auckland Regional Transport Authority, for example, will be submerged into the transport bureaucracy of the new city, while Auckland Regional Council will disappear into the city’s (land use) planning department.  Nobody is quite sure whether it will work, but the die is cast, and the results will be an important study for similar consolidation efforts anywhere else in the developed world.

So anyway.  Hello from Auckland.  Like Seattle and Vancouver, it’s often chilly, gloomy and wet, but if you peer under the low cloud cover, there’s a lot going on.

Is Speed Obsolete? Professor Condon Responds
Should Fares Be Higher During Peak Hours?

You are here: Home › Postcard: Auckland