What do corporate sponsorship of station names and advertising wraps on buses and trams have in common?

A literature student will know the answer:  For a transit agency, they are both Faustian bargains. 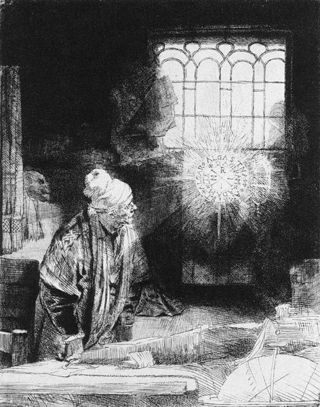 The Faust legend — manifested in famous works by Goethe and Marlowe — is the story of a man who sold his soul to the Devil.  Faust agrees to be condemned to hell at a fixed date in the future.  In return, the Devil arranges for him to enjoy a range of intense earthly pleasures between now and then.

I am not saying that corporations are the Devil.  Nor am I saying that trying to stave off service cuts by seeking new revenue is the moral equivalent of wanting a night in bed with Helen of Troy (one of Faust’s short-term pleasures).

The literature student will have to explain that this is an analogy, and analogies don’t imply that the situations correspond in every particular.  Rather, analogies serve to throw light on a hidden dimension of an issue, by describing the same dimension in a different context.  Stories from myth, legend, and religious scripture survive precisely because of their utility as analogies.

The core of the Faust legend is really this:  A person sacrifices what really matters in order to meet some vivid short-term needs.  In this transit example, the short-term need is revenue, while the “what really matters” is the public perception of the transit system and the ease and spontaneity with which people can use that system to move around in their city.  Naming stations after corporations gets in the way of the essential role of station names in telling people where they are.  Advertising wraps imply that the transit customer’s experience of her environment — including, again, her ability to know where she is, by looking out the window — is simply less important than the utility of the window as an advertising surface.

Notice, though, that the short-term benefit is very specific and tangible, while the long-term sacrifice sounds vague and aesthetic and impossible to quantify.

The analytic types at the table will say exactly that to justify proceeding with the sacrifice.  But the literature student will say:  Wait, that’s exactly the point!  Faustian bargains are always like that!  The short-term is always more vivid and quantifiable than the long term, so of course the short-term benefit always looks clearer and more certain than the long-term sacrifice.  That’s exactly why we have the Faust legend!  The legend survives, in the term “Faustian bargain,” precisely to remind us that sacrificing the long-term for the sake of the (much more vivid) short-term is not always a good move.

And one more thing:  A key background fact in the legend is that Faust is a great and influential scholar.  In other words:  Even really smart people make Faustian bargains.  In fact, a high level of confidence in your own mental powers seems to increase the risk.

15 Responses to Yet Another Reason to Hire Literature Students

You are here: Home › Yet Another Reason to Hire Literature Students