Posted on March 1, 2011 in Amusing, Basics, Be on the Way, Meditations, Philosophy 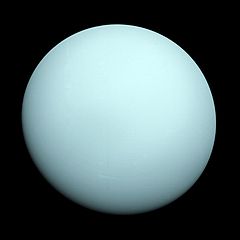 Let’s assume (1) that the borts tend to form large assemblages, which enable trade, creativity, ritual, and whatever other activities give value to their lives.  Let’s call these places cities.  Since cities are places where borts are relatively close together, it follows that they have relatively little space per bort.  Cities, by definition, are places where space is experienced as scarce.

Assume (2) that these cities are large enough that a bort can’t easily hop, drift, or slither around the city fast enough to reach all the needs and pleasures of daily life.  Given this reality, they must have invented vehicles of some kind that carry them faster and further; if they hadn’t, their cities could not have grown so large.

Do we have to make an assumption about their communications?  If the borts had either perfect telepathy or perfect virtual reality, then they would never need to move for any of the purposes of interaction.  But in this case, why would they have cities?  Let’s assume [and I think this arises from (2)] that their communications are not so perfect, and that they do need to move around to do whatever borts do that constitutes their lives and economies.

Perhaps the borts have tried using a personal locomotion vehicle in their cities.  It gives a bort freedom to move at high speeds, but it’s much bigger than the bort’s body, so it takes a lot of space inside the city.  Given the city’s limits on space, these vehicles – which require a lot of space per bort – would have collided with those limits, causing something like congestion.

So (regardless of whether they’ve tried the personal vehicle) they must have invented a vehicle that can carry many borts at once for travel within their cities — not to mention between them.  Call it a bortmover.

But then comes the “network design” challenge: in a city where borts need to move around freely, from anywhere to anywhere else, what exactly should the bortmovers do?  In what patterns should they move?

Well, they need to move in a known pattern, so that borts can predict them.  That means some kind of routing and schedule, and a schedule implies both a frequency and a span of service.  Borts need to get places soon, so that means that these vehicles must stop close to desired points of origin and destination, they must not require too much waiting, and they must be reasonably direct and also move at an adequate average speed.

So with only two basic assumptions about bort civilization, we can infer that they have concepts of stop spacing, frequency, span, directness, and speed.

Obviously, we can’t know what bortmovers cost to operate, but like all planets, the bort world is finite, so bort society must have a concept of scarcity.  Even if bortmovers cost nothing to run, there is still that defining scarcity of all cities: the relative shortage of space per bort.  Most likely there are other costs as well, reflecting the energy required to manufacture and operate the bortmover.  So there’s some limit to the number of bortmovers, which motivates borts to use them efficiently.

Presumably, some parts of the city have a greater density of bort activity than others, so even if a bort’s likelihood of boarding a bortmover is constant regardless of location, there’s more bortmover ridership in these denser areas.  So the borts experience a relationship between transit and density: if there are more borts within slithering/hopping/drifting distance of a bortmover stop, that’s a larger potential market, which means a busier bortmover.

So bortmover companies have to decide whether to route their bortmovers to maximize their ridership – which would mean no service to some of the more sparsely populated parts of the bort city – or to spread bortmover service across the whole city even though they’ll be crowded in some areas and lightly used in others.  They’ve faced the choice between planning for ridership and planning for coverage.

They’ve also discovered that if they try to run a direct bortmover from every part of the city to every other, they get poor frequency and high complexity.  Maybe the borts are all geniuses who love keeping complex networks in their minds, but poor frequency will still be an obstacle to getting where they’re going.  So borts must have discovered the connection.  That means they’ve faced a choice between connective networks (which are simple and frequent) and direct-service networks (which are complex and infrequent).  And if they’ve tried to optimize a truly connective network, they’ve probably discovered the grid, regardless of whether their cities are grid-shaped.

Again, because space is scarce, they probably experience something like congestion.  This problem will be worst where there are the most borts coming and going, but that’s exactly where the bortmovers are needed most, in high volume and with high quality.  So perhaps some of the busiest bortmovers have been given exclusive linear spaces that they can operate in, so that they can run fast and reliably.  Call them exclusive rights-of-way.

We don’t know much about the borts or their world, but with just two basic assumptions, we can infer that if they have invented transit, they have discovered the concepts of stop spacing, frequency, span, speed, directness, travel time, connections, and even right of way.

So bort transit must face the realities that we must face:  Closer stop spacing, for example, means slower speed.  Branching divides frequency. Straight lines are more likely to offer good travel time than winding ones, so the “be on the way” principle applies to bort communities as it does to ours.

In fact, almost all of the basic concepts of transit are realities of bort urban life, because they’re facts of  geometry.  They are true of anything we would recognize as transit, everywhere in the universe.  They are not negotiable.  So they should be the basis of our thinking about transit in cities, not a detail that can be left to the engineers.  Cities must respond to the intrinsic geometry of transit, just as suburbia has responded to the intrinsic geometry of roads.  And yes, you can use a cute, fun, or exciting transit vehicle, but that doesn’t change any of these geometric facts.  If you don’t understand transit’s geometry, technology won’t save you.

18 Responses to how universal is transit’s geometry?

You are here: Home › how universal is transit’s geometry?