Thanks to all the commenters who responded to my too-vague request in the last post.  Let me now be clearer and, I hope, more concise. 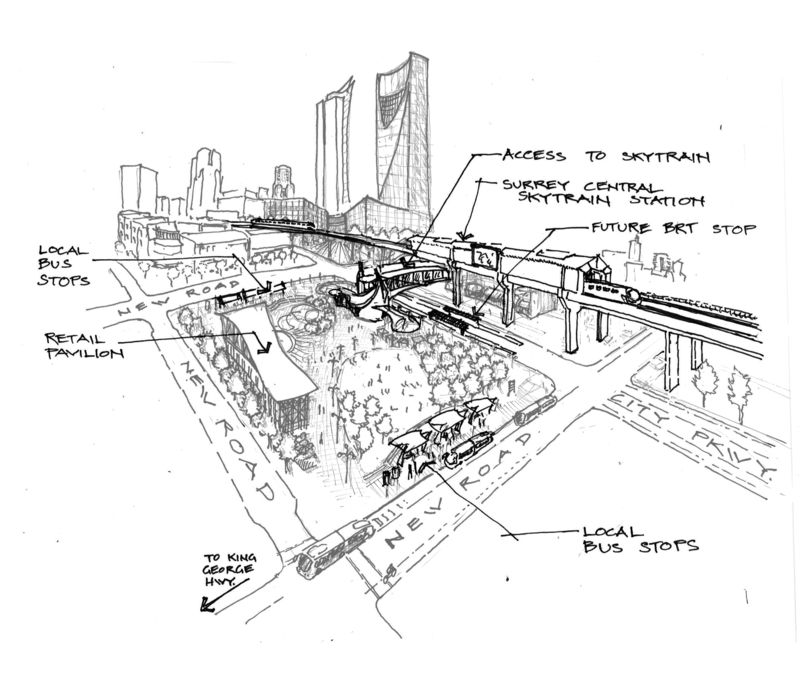 … shows an idea for the design of a civic square intended to be the "living room" of a suburban city east of Vancouver.  It does not exist on the ground, so I'm looking for examples that do.  The core of the idea is that:

I'm asking because I want to discuss this possibility in my book, based on my experience in developing the idea sketched above.  It has particular relevance as a way to organize local bus connections at a rapid transit station that is also a local CBD.  If really successful examples exist, I want to praise them.  If they don't, I'm interested in credible theories of why not.  Is there something intrinsically wrong or unrealistic about this kind of design?

Thanks for everyone who's commented so far!