Posted on May 26, 2011 in Density, Transit-Oriented Development (TOD), Urban Structure

Alfred Twu lives in the Bay Area and is a long time transit rider.  He has studied architecture and business and is also an active participant of the cooperative movement, having worked in artist, food, and housing co-ops. He is also an illustrator for my forthcoming book Human Transit.

Also known as cooperative living, co-ops, communes, intentional communities, or living with roommates, shared housing creates challenges and opportunities for transit service.  It can increase density without zoning changes or construction.  However, good transit service needs to already exist for this to happen.  As such, shared housing's greatest potential is in increasing utilization of under-zoned but well served neighborhoods.

What is shared housing?

Shared housing denotes a group of unrelated people live in a single dwelling unit.  Kitchens, bathrooms, and other living areas are shared, bedrooms may be shared or single occupancy.  In the Bay Area, this model is known as a co-op or cooperative.  Note that the word co-op has an entirely different meaning on the East Coast.

Shared housing has a long history in the Bay Area, dating back to boarding houses.  The modern Bay Area cooperative housing movement began in 1933 with the founding of the Berkeley Student Cooperative.

Although some structures are built with shared housing in mind, usually the building is simply a repurposed large house.  For example, Ridge House, a 38 person student co-op, used to be a mansion, while Cooperative Roots, pictured below, houses around 20 people in two adjacent single family houses. What does this have to do with transit?

Let's look at two neighborhoods: one dense, and one sprawling.  The denser neighborhood will usually have better transit service.

Now, if zoning ordinances prevent additional housing from being built in Sprawlville, that does not mean it's the end of the story.  While zoning typically concerns itself with units per acre, the density that matters for transit service is population per acre, or more specifically, commuters per acre.

This is where shared housing comes in.  When a neighborhood of single family houses goes from having one or two working adults per house, to having 4 to 8 working adults, as far as transit is concerned, it's a high density neighborhood.

The catch to this though, is that this can only happen where there is already good transit service.  When a group of people share a house, they'll all want easy access to their jobs, which may be in different directions.  Not all of them will take transit either – some of them will need to drive to their jobs, some people prefer to bike.  This is why shared housing works so well with college students – everyone is going to the same place for their "job", so only one frequent route is necessary.

A number of my friends who used to live in shared housing as students have formed their own communities after graduation.  Most are now in their mid 20s to early 30s.  Some work office jobs with traditional 9-5 hours, others work retail jobs with varying hours.  Over the last few years, about 30 communities of 4 to 18 people have been formed.  Most cluster around the Ashby rail rapid transit station.  Let's examine why.

The one co-op not near a BART station — an outlier near the bay — is an artists' warehouse. 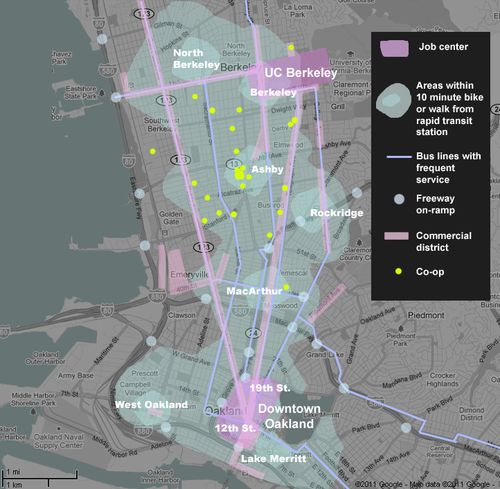 The Ashby station neighborhood, which currently consists of mostly single family houses, had long been targeted by planners for transit oriented development.  It has an underground rapid transit station with train frequency of every 7 minutes on weekdays and 20 minutes at night and on weekends. 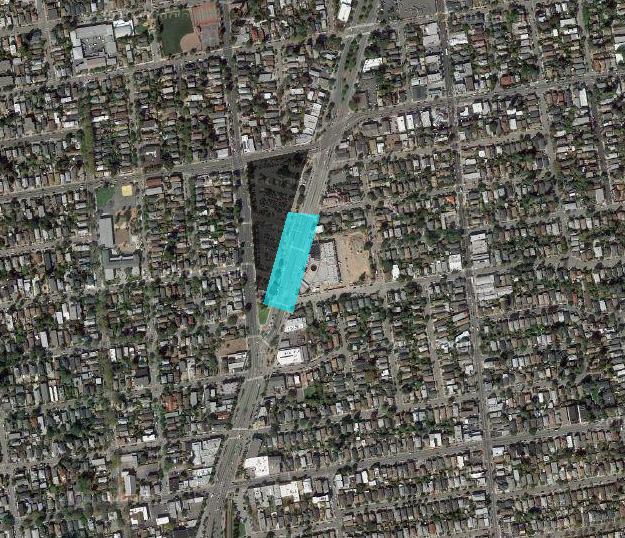 However, the official plan to build 300 units of housing on the station parking lots met significant neighborhood opposition.  Existing residents were concerned about losing the flea market that currently operates on weekends in the parking lot, increased traffic, and future upzoning of the area.  The project was put on hold in 2006.

Shared housing, however, has achieved something similar with no official intervention.

Can the Ashby model be replicated elsewhere?

Using shared housing to increase neighborhood density offers a solution for low density areas where economic constraints or zoning limits the ability to build new housing units.  The following factors are needed for its success:

Members of a shared house with long commutes tend to move out.  Therefore a location needs good access to members' existing jobs, and potential future ones.  Transit is just one part of the equation – those working 9 to 5 hours downtown.  For the other members, good car and bike access to nearby commercial areas is needed for those working retail and service jobs on evenings and weekends.

The Ashby area community began with just a couple of houses.  However, the community grew rapidly as the original residents' friends also wanted to live nearby.  UC Berkeley provided a feeder system with many members having already familiarized themselves with shared housing through living in the Berkeley student co-ops.  In places far from colleges, immigrant neighborhoods can also benefit from the feeder effect.

One of the side benefits of shared housing is a group of residents will have a lot of purchasing power with their combined incomes, and will seek out the area that meets their needs best.  Until most people live in shared housing, this means that a region will likely have only a small number of preferred neighborhoods.

Why not MacArthur?  Station placement matters.

The next station down the line, MacArthur, is even better positioned in terms of access to transit and jobs.  However, this station is located in a freeway median.  As a result, a lot of the land walkable to the station is either paved over, or so close to a freeway that it is an unpleasant place to live.  As a result, even though this area has been zoned for multistory apartments, few have been built. 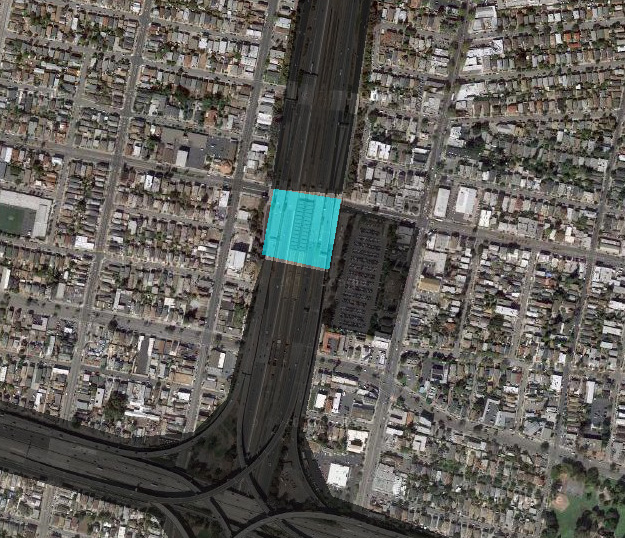 Shared housing in the Ashby area occurred without any official planning – an existing community (recent UC Berkeley graduates) simply moved in.  Where no existing community exists, social hubs such as coffee shops or community centers, located inside or directly next to the station, can aid the formation of the close relationships that shared housing requires.