Now and then, advertising seizes on the image of a classic subway map, using it to organise some other set of ideas.  From the Metro Wine Map of France: 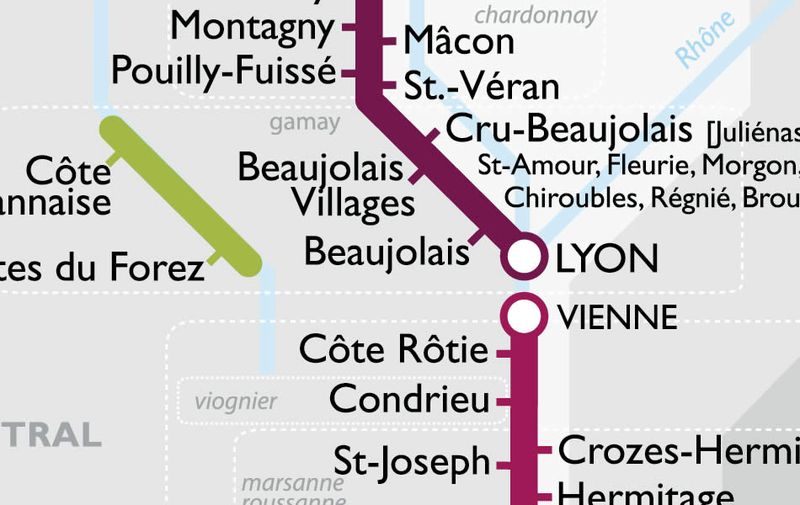 The Metro station stands for some distinct thing that we should learn to distinguish from other things nearby — fine-grained appellations in this case.  The brightly colored subway lines are categories that we should also understand — in this case, the wine regions of France. Somehow this metaphor seems to satisfy, over and over, as a way to bring a certain je ne sais quoi to a topic.

Why does the metro line serve as  such an excellent selling or organizing metaphor?  Conjecture: it suggests speed, order, power, reliability, a larger design that gives meaning to experience, and an urban(e) sense of excitement (as opposed to the rural excitement of the "open road").

Of course, a true transit network functions only through the interdependence of its lines, like the lines of Daniel Huffman's transit-map of the Mississippi River system. 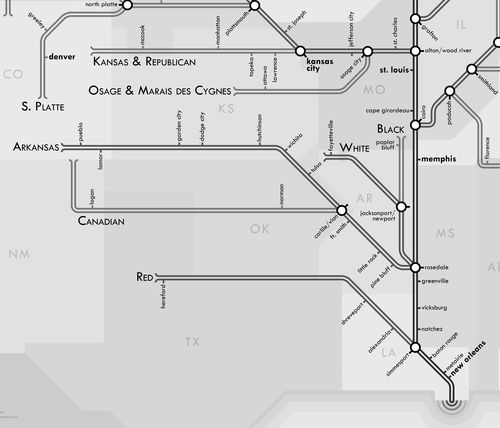 But the metro-as-metaphor doesn't seem to need that.  The "wine-metro" map at the top of this post is all disconnected but still seems to sing, at least to its intended crowd.

What is it about the rail transit as a metaphor?  How could we corral this metaphorical power to get some of the real thing built?

8 Responses to the metro as metaphor

You are here: Home › the metro as metaphor