Posted on April 29, 2009 in Basics, Be on the Way, Language, Transit-Oriented Development (TOD) 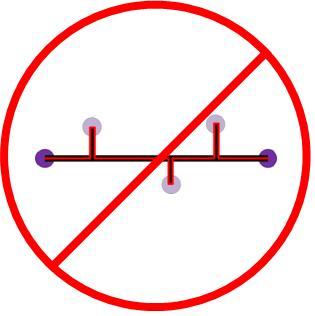 One of the problems with discussions of Transit-Oriented Development (TOD) is that the term sounds much too specialized.  We hear talk of TODs as a special class of developments with special requirements and possibilities, and perhaps requiring special expertise.  We often hear that a certain development is or isn’t aTOD, as though transit-orientation were not — as it obviously is — a matter of degree.

Moreover, most of the urban development decisions that will determine the future viability of transit are not decisions about TODs.  Most of them are not even conscious decisions about transit.  The literature of “how to build TODs” is useless in these situations.  What people need are simple guidelines about transit that they can keep in the back of their minds, and on their checklists, as they plan ALL kinds of urban development.  The same principles could help institutions and individuals decide where to locate.

As a transit planner, I constantly encounter situations where something has been built in a way that precludes quality transit, where I can see that if it had been built a little differently, transit would have been possible without compromising any of the development’s other goals.  I’ve also dealt with situations where a transit-dependent institution — say a social-service office catering to low-income people or an assisted living center for active seniors — chose to locate in a place where the land was cheap because the transport options were terrible, and then blamed the transit agency for not running buses to their inaccessible site.  These cases are the result of a poor respect and understanding of transit as a background consideration in all urban development.  Ultimately, they matter at least as much as the official TODs do in determining the potential for transit in the cities of tomorrow.

If I could put one sentence about transit in the mind of every developer, every land use planner, indeed anyone who makes a decision about where to locate anything, the sentence would be this:  Be on the Way!  If you want to be sure you’ll have good transit, be on the way from one transit destination to another.

An efficient transit line — and hence one that will support good service — connects multiple points but is also reasonably straight so that it’s perceived as a direct route between any two points on the line.  For that reason, good transit geography is any geography in which good transit destinations are on a direct path between other good transit destinations.  (Obviously, this is not always a geometrically straight line; it may be a path defined by existing roads or rail corridors that everyone perceives as reasonably direct given the terrain.)

A bad geography is one that indulges in cul-de-sacs on any scale: It sets destinations a little back from the line, so that transit must either bypass them or deviate to them, where deviating means delaying all the other passengers riding through this point.

The same problem arises at many scales:

Land use planners urgently need simple tools to catch these problems.  Until those tools are developed and built into training, they’d do well to just remember one sentence:  Be on the Way!

For more on this, see a fairly populist article I recently did for a sustainability workshop in Australia’s national capital city, Canberra.  (The article also covers the whole transferring issue, but you can skip over that because you’ve already read it here.)  If the article is too many words, there’s also a Powerpoint.  Your feedback on this work is especially welcome, as this is becoming an obsession for me.  If you’ve encountered other good work on this topic, I’d love to be pointed to it.

A Social-Conservative Case for Transit?
Brisbane: A Tour of the South East Busway

8 Responses to Be on the Way

You are here: Home › Be on the Way