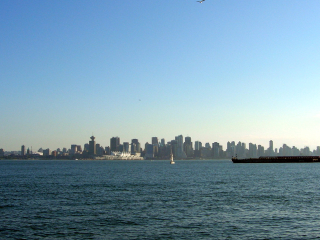 Why should a growing city with high ambitions for sustainability host a big blockbuster like the Olympics, with all the risk and nuisance that it entails?

In a growing city, a big event like the Olympics is an imperfect but vivid glimpse of what “normal” might be like 10, 20, 30 years in the future, when there will be that many people moving every day.

Vancouver’s record transit ridership is a fun fact during the Olympics, but afterward it will be a useful fact.  When planning the city of the future, people can say “we’ll have 1.7 million people on transit every day,” and it won’t be just a number.  Everyone will remember what that looked like, how it felt, and the effort required to achieve it. Many Olympic statistics will be useful in this way.

Obviously, 1.7 million people commuting every day will feel a lot different from huge masses of people pouring out of stadiums.  In many respects, a “routine” daily patronage that size would be easier to handle than the Olympics.

The political challenge of urbanist planning, at its core, is the need to visualize a future city that is bigger, denser, more economically active, more intense in every way than the city citizens know today.  Planners know now to visualize that, often with be benefit of other cities’ experience, but too often, all we can do is recite numbers: future populations, future trip generation, future ridership.  To the average voter, these numbers are abstractions faintly tinged with fear.  Will I want to live in a city that’s that big, or that intense?   How can I know? 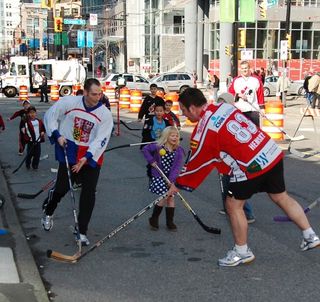 The memory of the Olympics will bring some of those numbers down to earth.  Now, everyone in Vancouver has experienced a day with 1.7 million people on transit, so similar numbers will have some meaning to people who don’t normally deal in abstractions.

The memories of the Olympic crowds on transit will probably include many features that citizens won’t want in their everyday life, but it will be possible to grasp the scale of how different the future might be, how the life and infrastructure of the city will need to change as a result, and how Vancouver may be an even better place to live.

Congratulations to everyone in Vancouver, and at its fine transit agency, TransLink, for a successful Olympic Winter Games.