Well, my Welcome and Manifesto post is dated 10 April 2009, so I’ve been doing this for a year.

I started this blog to provide a source of commentary about transit planning issues based on two decades of experience in that business.  I had no idea whether the blogosphere wanted such a thing.  I wasn’t sure where it would lead.  I wasn’t sure who the audience would turn out to be. 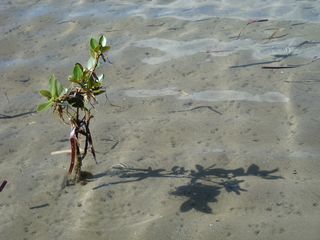 I also wasn’t sure what it would do to my consulting career. Some people in the business can react defensively when they hear anything other than their own official view. A certain amount of that defensiveness is understandable if your job is to get to yes on a controversial project, or to manage an agency that has problems of public image.  But I’ve found that the business is also full of people who want to hear a range of views and to have a chance to think through the fundamental challenges of the job, a step or two away from the battles of the moment.

So rather than taking firm positions on every issue, I’ve tried to use current news as a way of explaining principles and exploring underlying value judgments.  The goal is to help people hold clearer and more resilient opinions on transit issues — opinions that express their values, not necessarily mine.

So far, so good.  This is the 242nd post, so I’ve been posting almost once per weekday on average, with an emphasis on long posts rather than quick links.  The blog is now averaging around 2000 pageviews per weekday and has logged 3666 comments, the vast majority of them constructive and and interesting.  (That’s not counting spam, spam-alerts from commenters, and comments deleted for violating the comment policy.)  I’ve gotten around 150 emails from readers, which are also appreciated.

Google Analytics tells me that so far in 2010, about 2/3 of reader visits are from the US.  Half of the rest, or about 1/6, are from Canada.  About 1/12 are from Australia and about 1/20 are in the EU, with a scattering elsewhere in the world, 124 countries in all.  And everyone loves numerical rankings of cities, so the top 12 cities in readership are, in declining order: Portland, Vancouver (Canada), Sydney, Seattle, Los Angeles, New York City, San Francisco, Washington DC, Toronto, Melbourne, Chicago and Brisbane. It’s vaguely comforting that the top three are cities I’ve lived in, and that for all my international pretensions, the city I grew up in is at the top of the list.

Reading the comments, it’s easy to get the impression that readers are mostly advocates and students rather than working professionals, but there are many anonymous comments, some of them very informed, so I suspect many professionals are reading.  (The other clue is that pageviews drop by half on weekends, which suggests that a lot of people are reading this at work.)  While all constructive comments are welcome, I do especially welcome feedback from the profession: I explained here how I deal with emails and comments from professionals who need some degree of anonymity.

The friend I stay with when in San Francisco always says: “Remember, in our house, if you don’t ask for it, you won’t get it.”  It’s good advice; we’re all trained not to ask for things too directly.  But hey, it’s the blog’s birthday, so here’s my wish list:

If you have responses to any of those items, shoot me an email.  The button’s near the top of the next column, under the photo–>

And everyone, thanks for reading, and for sharing your own knowledge and curiosity.

Australia: Pitfalls of Metro Envy
Can We Cycle the “Last Mile”?

You are here: Home › Human Transit: The First Year