(Aaron Renn, who writes The Urbanophile, is an opinion-leading urban affairs analyst, consultant, and speaker, based in the US Midwest.)

When I’m at home, I ride bus and rail transit about equally.  But when I travel to a new city, I travel on rail systems frequently, but almost never use the bus.  Why?

For me, while I know how transit systems generally work, the specifics of fares and fare media are different from place to place. I know that if I show up at a rail station there is likely to be a station house where I can look at maps, read about fares and rules, and use nice machines with step by step instructions for purchasing tickets or other fare media. 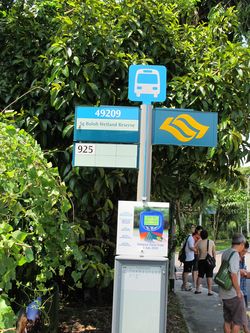 On the bus, by contrast, often it’s difficult to find route maps and fare information at a stop, and if you board a bus you must have exact change if you don’t already have some type of fare media. This can cause a lot of embarrassment and irritation, particularly if you are holding up boarding or delaying the bus departure because you don’t know how it works. I generally decide discretion is the better part of valor and skip the bus.

A plan out of London could possibly help eliminate part of the problems with the bus for out of town visitors.  Transport for London, along with various other agencies around the world like the NY MTA and Chicago’s CTA, are looking to replace their current proprietary and expensive to operate fare card systems with open fare media based on the same types of payment options available in the marketplace.  Transport for London would like to see these efforts coordinated, such as the resulting systems would share an open architecture that would allow you to use the same fare media in all of the cities.

This would eliminate one of the major barriers to riding the bus in an unfamiliar city.  With my fully charged Chicago fare medium, I could board with confidence, not having to worry about exact change or unknown types of ticketing systems. Even if signage does not improve, my mobile phone probably will, allowing me even easier access to transit info than I have today. Hopefully, this combination will make it much less intimidating for people to ride buses in unfamiliar cities.

Email of the Week: Enlightenment Through Rotation
Walkscore.com and the Lure of the Single “Score”