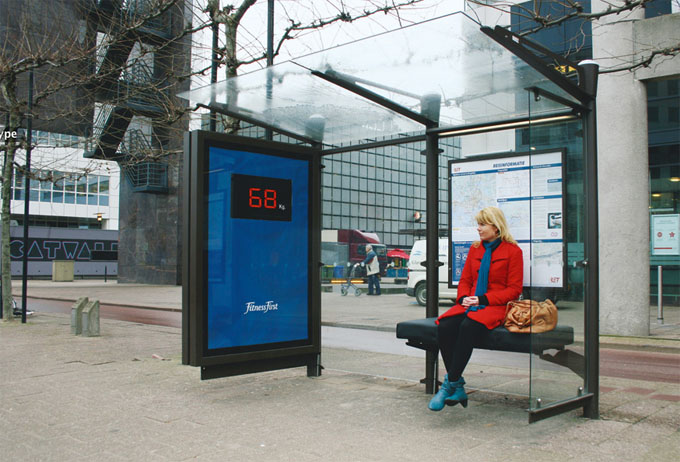 What do you suppose Fitness First means with that "68"?  Hint: we're not in America, so it's not the temperature.

You are here: Home › funny: guerilla marketing at bus stops