When an article promises to reveal the "ten best" transit systems or colleges or corporations, why do we care?   Why do we even think such a list could be meaningful?

Well, how would you react if a major news magazine published definitive research on the "ten best fruits"?

Imagine it.  The timeless standards (apple, orange, grape) are in the #3-5 positions.  This confirms just enough of our long-standing assumptions to give the ranking system credibility.  But the fast-surging pomegranate is now #1, the bratty little blueberry is #2, and more scandalous, some long-trusted fruits have crashed out of the top 10.  Where did the banana (#21) go wrong? 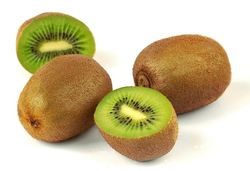 The list would also contain some entries meant to surprise you.  You're supposed to think: "Wow, the mushy little kiwifruit is now one of the ten best fruits?  When did that happen?  I'd better buy this magazine and get the details!  Maybe the kiwifruit deserves another look!"

No, that would be silly, because almost anyone can see that "best fruit" is a meaningless term.  You could do a list of the most popular fruits, the sweetest fruits, the most sustainably cultivated fruits, the best fruits for various kinds of nutrition, or the most important fruits for the Solomon Islands economy.  But a list of the "ten best fruits" would be nonsense.  We each have many different demands of a fruit, but those demands aren't all important in the same way at the same time.  Most of us couldn't even form our own absolute definition of "best fruit," let alone try to get anyone to agree with it.  In fact, we woudn't even try.  The whole idea is obviously silly.

So why do we look twice at a list of top ten US transit systems?  Why would a major magazine think we would care?

Well, the fruit analogy suggests that when it come to transit systems (or colleges) people either (a) assume that everyone's idea of a "good" transit system is the same or (b) just don't want to think about what they want from their transit system.

As in any business, journalists may think they're responding to their readers' desires, but they're also helping to forge those desires.

If ten-best lists are about something that's reasonably factual ("ten most reliable transit systems," "ten safest transit systems", "top ten in ridership per capita") then they can be useful.  They can encourage excellence and help people reward that excellence with ridership and investment.

But when you tell your readers that certain transit systems are the "best," and don't explain your criteria very well, you signal that everyone must have the same sense of what's good.  That encourages people to go into transit debates as bullies, assuming that if a transit agency doesn't deliver on their notion of the good, the agency must be incompetent or failing, so the only valid response is abuse.  It encourages people not to notice that "failing to do what I want" is often a result of "doing what someone else wants."

In short, it encourages people to think like three-year-old children, for whom "my needs" are rich and glorious and self-evident to any reasonable person while "other people's needs" are vague and tedious abstractions.  That, in turn, forces officials to act like parents managing their childrens' tantrums.  And then we're offended when those officials can seem paternalistic?

17 Responses to “ten best” rankings: the #1 way to confuse and disempower

You are here: Home › “ten best” rankings: the #1 way to confuse and disempower