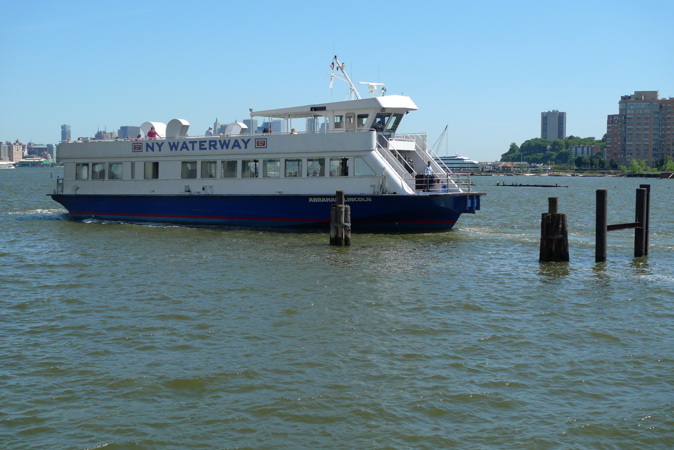 That's what I'm being told about the new fare system at the Hudson River ferry operator New York Waterway.  You can now buy a ticket using your smartphone and then use the phone itself to present the ticket to the fare reader, similar to the "digital boarding passes" already used by airlines.  No paper required.  Expect this to spread in high-end commuter markets.

It would be great to see this spread in urban bus transit, where boarding times are still a dominant problem, but that will rely a very easy-to-use app and compatibility with smartcard media now under development.  My guess is that we'll get a ubiquitous commercial smartcard-creditcard first, which will do the same job.

singing the metro
redistorting maps: the virtue of cartograms