Posted on May 21, 2012 in Frequent Networks, Maps, Vancouver

The Wayfinding team at Vancouver's TransLink has finally unveiled their new network map, with Frequent Network designations.  In this case … orange: 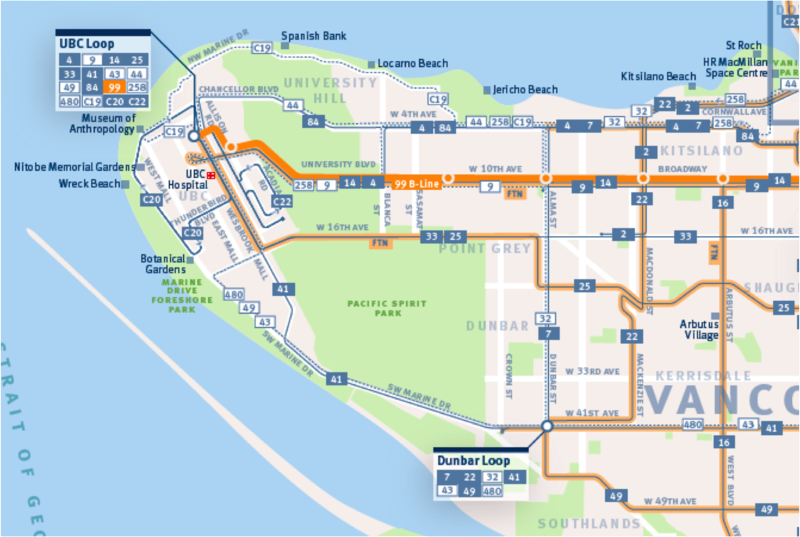 The term "FTN" (Frequent Transit Network) also appears on the map here and there.  This term has already been used for several years in TransLink policymaking.  In fact, four years ago in Transport 2040 TransLink committed to this goal:

The majority of jobs and housing in the region are located along the Frequent Transit Network (frequent, reliable services on designated corridors throughout the day, every day).

Now, finally, the public can see it too!  Disclosure: I had a review-and-comment role in a few stages of this process, but it's definitely TransLink's work, led by their excellent Wayfinding team.

shock-shifting to transit, but not back
paris: “the bus stop of the future”