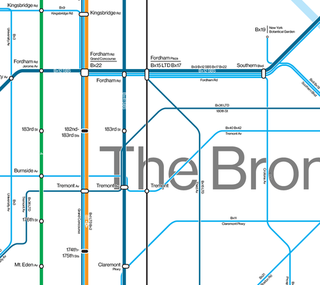 Just found this map of all 10-minute frequency or better services in New York City, by this not readily identifiable character on Tumblr.  This looks like quite a struggle to make clear given the complex nomenclature that NYCTA uses.

The whole thing is here.  An NYCTA contact tells me it’s still current except for a change around LaGuardia airport.

video! my presentation in toronto
the evolution of logic in privately planned transit