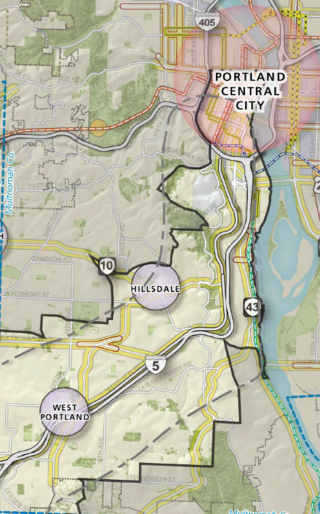 Portland's regional government Metro has just launched a public feedback period on its Southwest Corridor Project.  This is the most important time to be involved. For details on upcoming engagement events, and online feedback opportunites, see here.  (Scroll to bottom for public meeting info.)

Most people won't pay attention to this project until a final transit project is proposed and the federal funding process is well underway.  At that point, when there's little option to revise the project, everyone will be stuck in a binary support-or-oppose debate that is often angry, boring, and frustrating to all sides.  At that point, too, some people will be saying that "the fix is in," that Metro was always going to build the project a certain way and that the whole public process was just window-dressing.

When we get to that point, people who were engaged in this process back in July 2012 will need to pipe up and say, no, actually there was quite an extensive public conversation before any hint of a transit line was drawn on map.  The public and advocacy groups had ample opportunity to shape the entire definition of the project and its priorities, before Metro had done much planning.

The study area [Download PDF] consists of all the suburbs lying generally southwest of downtown Portland, and a large swath of southwest Portland itself.  Portland's part of the corridor is shown at right.  Download the PDF to see the full extent.

Even if you're not in Portland, you might want to poke around the project website just to get a sense of how broadly Metro defines its corridor studies.  At this stage, the project is presented in such an inclusive way as to barely hint that it may lead to some kind of rapid transit line.  This is the right tone for this point in the process.  The Portland area's style with these things is to start from the question "What kind of community do you want?" — and gradually build a case from the answers to that question toward a transportation improvement, in the most transparent way possible.  The tone of these processes is always that the transit line isn't an end in itself, but a tool for a wide range of outcomes that citizens value.

This corridor has understandably been a relatively low priority in the past three decades of rapid transit development.  Its catchment is relatively small as corridors go, density is low, topography is relatively difficult, and all the options for bringing any rail or BRT project into downtown Portland look likely to be very expensive.  Look at the map above:  The only alignment that won't involve tunnelling will approach alongside the already-level Interstate 5 and Barbur Blvd, which are right next to each other.  This alignment briefly turns due east and then makes a 90-degree turn to the north — locally known as the "Terwilliger curves."  The east-west segment exploits a break in the continuous ridge of hills running north-south, and after you turn northward you're running laterally across the steep face of these hills all the way into downtown.  Barbur and I-5 are flat through here only because of continuous restraining walls and viaducts, all of which will be expensive to refit for rapid transit.

Portland has already built one long tunnel to cross these hills — the dashed red line that you see heading west from downtown.  That tunnel, though, is part of the westside line, which has a much larger catchment including all of Beaverton, Hillsboro, and the so-called "Silicon Forest".  A tunnel for the smaller southwest corridor will probably be difficult to pencil.

All Portland rapid transit studies are land use studies, and are ultimately about what kind of community citizens want.  Still, this one will call for some spectacularly clever engineering options — more than enough drama to engage infrastructure geeks across the continent.  Stay tuned, and if you're local, get involved.

6 Responses to portland’s southwest corridor: get involved at the beginning!

You are here: Home › portland’s southwest corridor: get involved at the beginning!