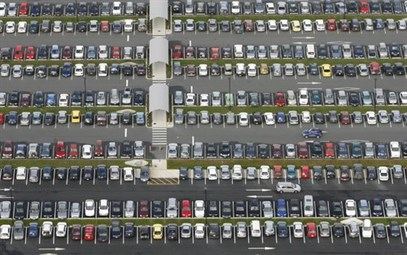 There is a lot of confusion out there about Park-and-Ride.  Is it necessary for ridership?  Are motorists entitled to it?  Can it last forever?

Let’s start with the basic math.

When a transit agency provides free or underpriced parking at a station where the land value signals that there is a higher use, it is subsidizing motorists in two ways.  First, it is forcing a low-value land use to prevail over a high value land use, and second it is making a much bigger investment in access by motorists than it makes in access by people who get to the station in other ways.  I am using the word subsidy in exactly the same sense that any other artificial limit on price is a subsidy.

Obviously the problem is much worse where the rapid transit is of the highest utility and quality and where the ambient land value is therefore higher.  This is why free Park-and-Ride is much harder to justify on high-frequency metro systems than on infrequent outer-suburban commuter rail in most metro areas.

Low-cost Park-and-Ride can make great sense where a station area is undevelopable (floodplains etc).  There’s also an important role for distributed, small-scale Park-and-Ride created by sharing existing spaces.  Transit agencies often make deals to share parking with land uses that peak on weekends and evenings, such as houses of worship and entertainment venues. These are great ways of providing some car access at very little cost to the public.

But the law of supply and demand generates some facts about free Park-and-Ride that many people don’t want to hear, but that we really can’t protect them from:

It’s easy to feel entitled to a free Park-and-Ride space.  But nobody can repeal the law of supply and demand, and that’s what we’re dealing with here.

Kansas City: my public radio interview
when transit agencies say “we don’t control that!” (email of the week)

33 Responses to basics: the math of park-and-ride

You are here: Home › basics: the math of park-and-ride