This is the letter our firm sent to our friends and colleagues today.  Yes, holiday letters, like Facebook posts, can make you feel that everyone but you is living perfect lives devoid of struggle and heartache.  Here I do my best to rise above that, but it comes with the genre.  You’ve been warned. When I returned to the US in 2011, after five years working in Australia, I wasn’t sure what to do, so I created a thing called “Jarrett Walker and Associates”. My book Human Transit had just come out but I had no idea how it would be received. I didn’t even know if I’d need employees.

I had a few vague goals. My first slogan was “Let’s think about transit,”because I hate making recommendations. Instead, I wanted to help communities and clients think for themselves. And while there is lots of work in planning infrastructure, I wanted to focus on service and network planning—the thing you need to figure out before you know what infrastructure to build.

Michelle Poyourow and Evan Landman joined me in the first year, and after that, the firm grew around their influence as much as mine. As it became clear that we needed to combine transit planning and public outreach in a new way, we arrived at a grander mission statement: “We foster clear conversations about transit, leading to confident decisions.” Since then, our outreach tools—tools that put every participant in the city’s or transit agency’s shoes—have taken a central role in most of our projects.

So far, many people seem to like our approach. The bus networks now running in Houston, Columbus, Salem and Anchorage all are based at least partly on our work. Many others are awaiting implementation in the coming year, including in Richmond, Virginia and in San José and Silicon Valley in California). Local US elections in 2016 produced sweeping victories for transit, and we’re proud to have helped develop the voter-approved transit plans in Indianapolis and greater Raleigh.

We’ve now worked in about 30 metro areas across North America, and we’re active in several other countries.  New Zealand and Australia remain close to my heart, and we continue to collaborate there with my former employer MRCagney: Auckland continues rolling out a network that began with our work in 2012, and we’ve also worked in Canberra, Christchurch and Darwin.  We’ve had unexpected Russian adventures, including a bus and tram redesign for Yekaterinburg and the wildly successful streamlining of the buses in central Moscow. Our work in Reykjavík, Iceland was great fun.

This year, we took on our first job in the European Union: the redesign of Dublin’s bus network, led by Daniel Costantino. Europeans rarely ask North Americans for transit planning advice, but our approach to the transit conversation is different from what’s routine in Europe, and we are excited by the possibilities there.

We grew slowly in our first six years, adding about one person per year. But in 2017, we suddenly grew from six people to ten, moved into proper office space in Portland, and opened our first satellite office—in Richmond, Virginia, led by Scudder Wagg. Scudder was our client, in effect, for two years before joining us, as we collaborated on the redesign of Richmond’s transit network. Now, he leads our efforts on the east coast of the US and Canada.

We also hired Joey Reid, a senior data scientist from Metro Transit in Minneapolis.  He has done wonders in automating our analysis processes, so we can ask smarter questions and get answers faster.

You can read more about our incredible team here.

We’re still figuring out how to exist at our new size, and we have all the conversations you’d expect: Should we grow any more? Would we lose our focus? Would it be more or less fun if we added the structure that a larger firm requires?

My own job has evolved, but I still have at least an advisory role in every project. If an intensive network design retreat with client staff is involved, I lead that retreat. I also continue traveling to new cities to meet local advocates and thought leaders, to run workshops, and give public talks. I am starting to outline my next book, tentatively called Freedom in the City, and the blog remains lively. It’s amazing what Elon Musk calling you an idiot can do to build interest in your work.

But is transit obsolete? Is all that we do about to be swept away by autonomous vehicles, or microtransit, or pods in tunnels, or some other innovation? The transit industry needs to welcome innovation, but many of the people trying to “disrupt” fixed-route transit don’t understand how transit already works. We’re increasingly drawn into debates about the future of transit—on the blog, in the media, and in our work with transit agencies. We collaborate with many innovative technology companies, but we are also unafraid to challenge innovators when their ideas don’t make sense, especially if their marketing campaigns sow confusion or do harm.

We’re grateful to all of our clients, colleagues, and friends for what’s been possible in the last year. We’re trying to make transit and cities better however we can, and we are keen to work with others who share that goal. 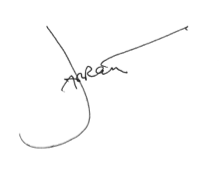 A New Welcome, and the Most-Read Posts in 2017
MobilityScore: an Improvement over TransitScore?