Paris-based Serbian designer Jug Cerovic tipped me off a month ago to his remarkable work on subway maps, collected at his website and since hailed at Atlantic Citylab.    If you want to geek out on beautiful detail, go to his website now.  Here, I'm interested in looking from a fuzzier distance. 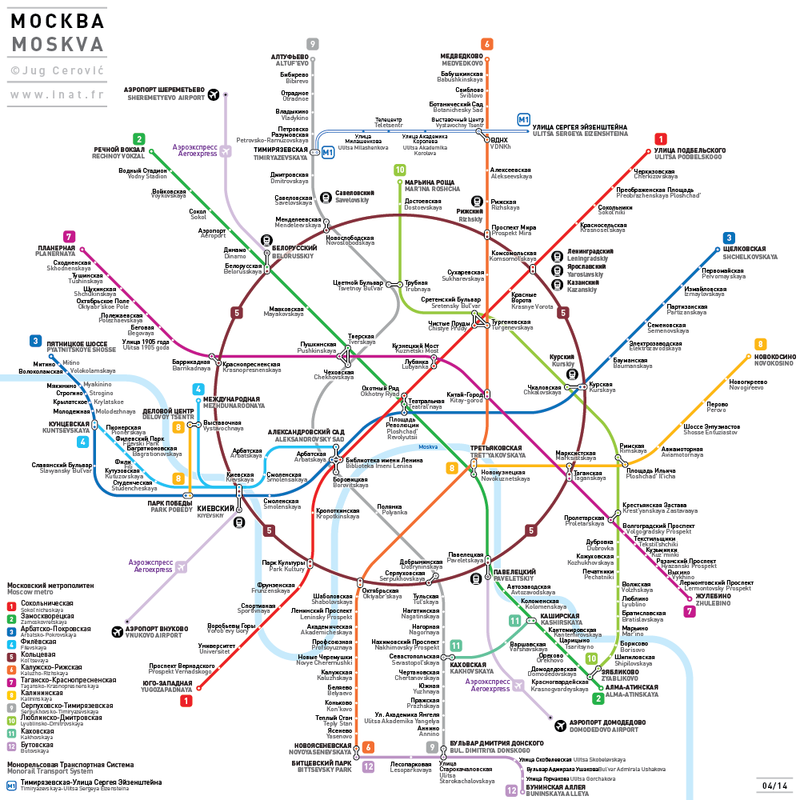 His work interests me because I'm always trying to help people see underlying principles of network structure, such as the high-frequency grid in all its forms, and often contending with the seductive allure of its opposite, the seemingly endless loop.

Cerovic's eye has picked out these forms, and fondles their contrast expertly:  He picks out a central loop in every city that provides a hint of one, organizing map after map around a geometrically perfect circle or oval.   Berlin: 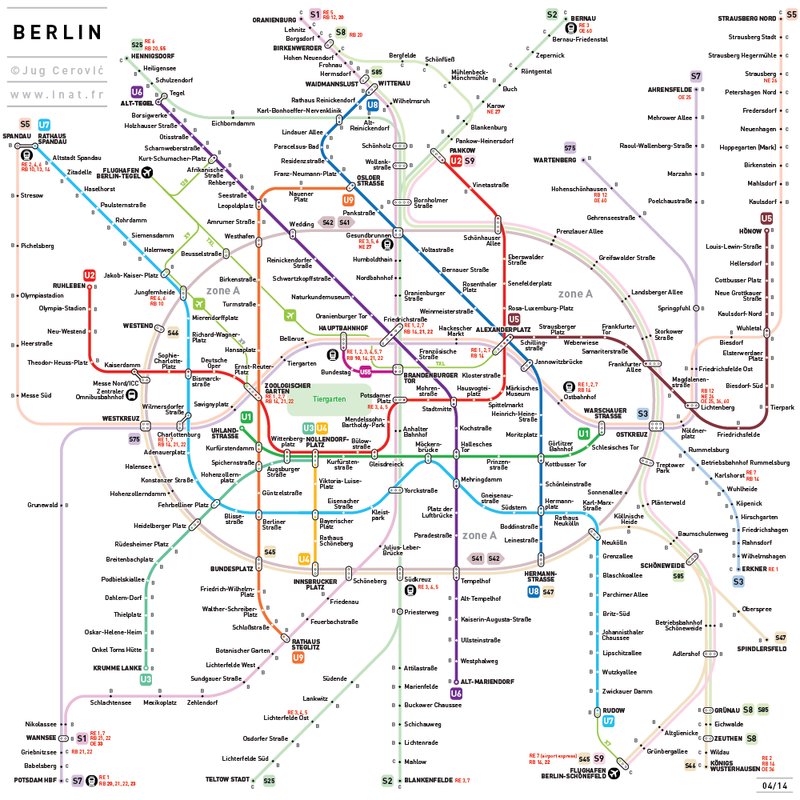 His maps of comprehensive East Asian metros call out the circle line in most of them.  Beijing and Shanghai are both rigidly circle-and-spoke like Moscow, but Beijing's outer circle is far enough out to create orthogonal grid effects in relation to the straight lines it crosses.  Cerovic, perhaps sensing this, renders the loops as rectangles: 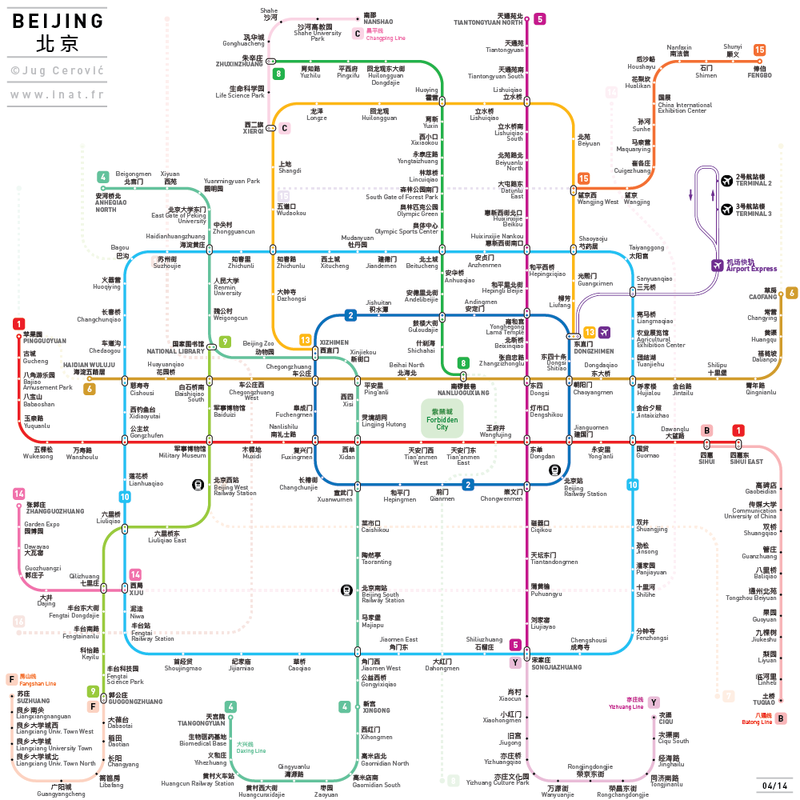 But it's hard to resist the beauty of the circle.  Tackling Paris, Cerovic seizes on the ellipsoid loop formed by Metro lines 2 and 6, rendering them as a perfect circle that seems to unify the image.  Only the color change signals that you can't go around forever. 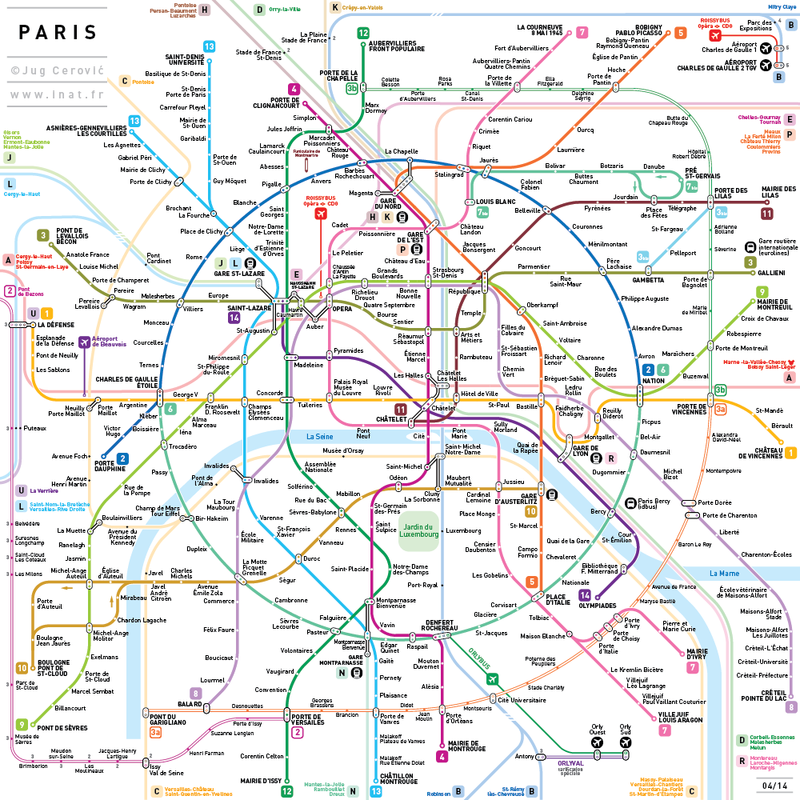 I have long argued that the Paris metro is mostly an orthogonal grid system, with most routes in north-south or east-west paths that intersect to form logical L-shaped travel opportunities.  In fact, it's a great example of a grid system fitted to a gridless city.  Lines 2 and 6, and the more recent T3 tram that Cerovic renders as a quarter-circle, are really the only predominantly arc elements and even they function like east-west grid elements in the actual geography,

In Madrid, Cerovic reveals the Expressionist quality of the metro network:  lots of emotive scribbles and personality quirks but without a clear structuring idea. 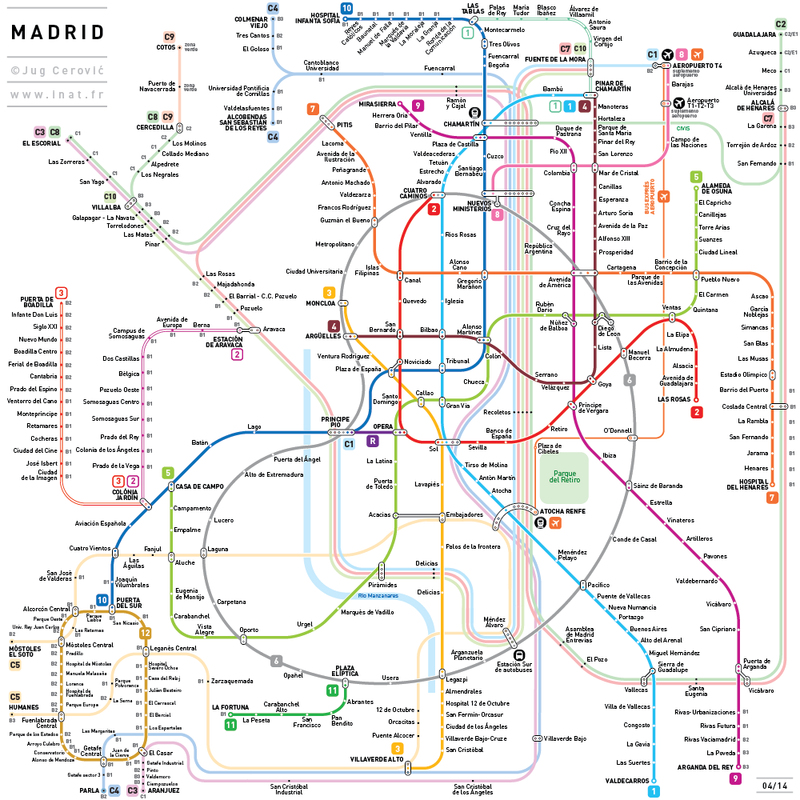 The gently collapsed loop at the center reminds me of a Jean Arp sculpture.

In London, he ignores the obviously potential of the Circle Line, which despite its new tadpole shape could easily have been made into a perfect circle or oval.   Instead, the perfect circle that anchors his map is an emerging, ghostly London Overground, bristling with spurs: 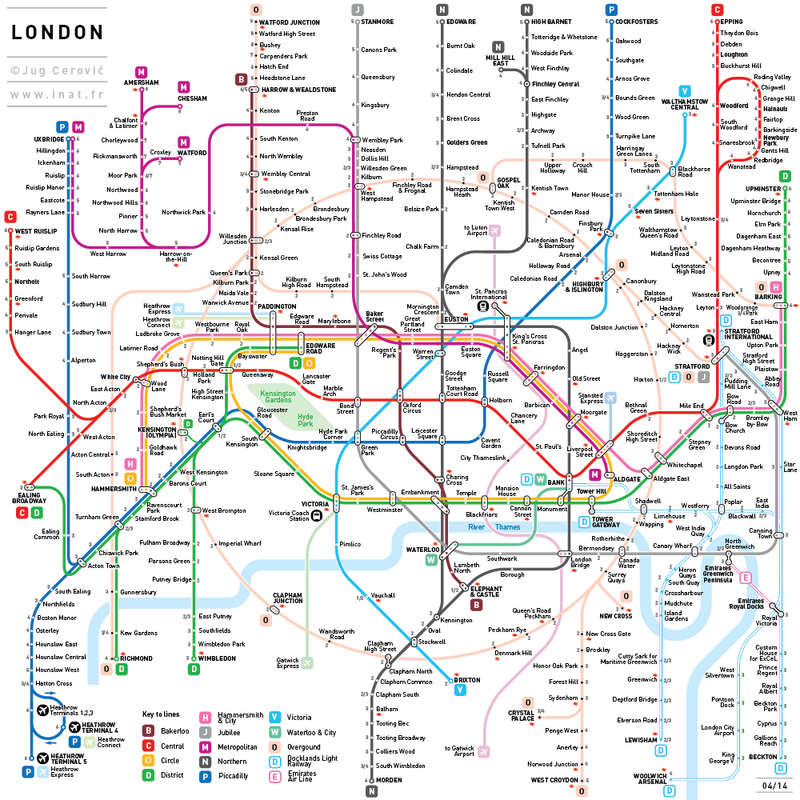 I like Cerovic's maps for their stripped-down emphasis on the drama of line vs. loop.  Lines are from Mars and loops are from Venus.  They will never understand each other.  The challenge — in all the dimensions of design — is in making them dance, and helping both impulses succeed.

You are here: Home › Madrid