For over four years now, this blog has been encouraging transit agencies to map their high-frequency networks, and encouraging citizens to map them themselves if the transit agency doesn't.  We've featured many over the years, including a rapidly rising number of maps by actual transit agencies.  Just enter "frequent network maps" in our handy new searchbar.  —>

Here's a new citizen entry, from Perth, Western Australia, by a Mr. OC Benz on the Bus Australia discussion board. 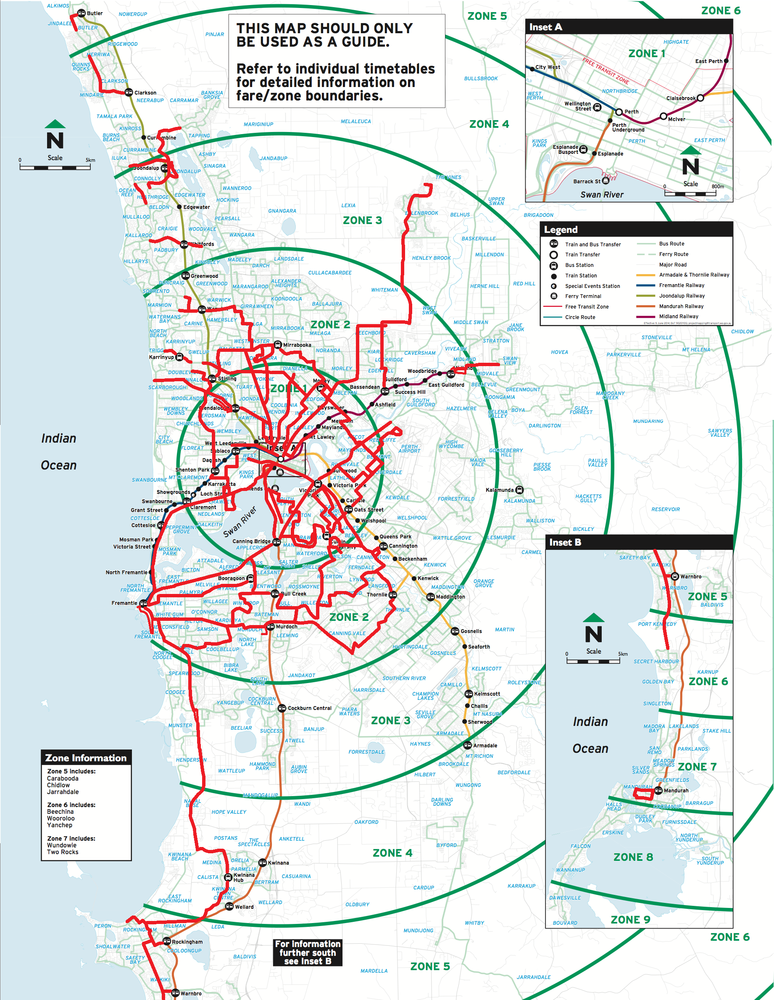 And zooming in a bit: 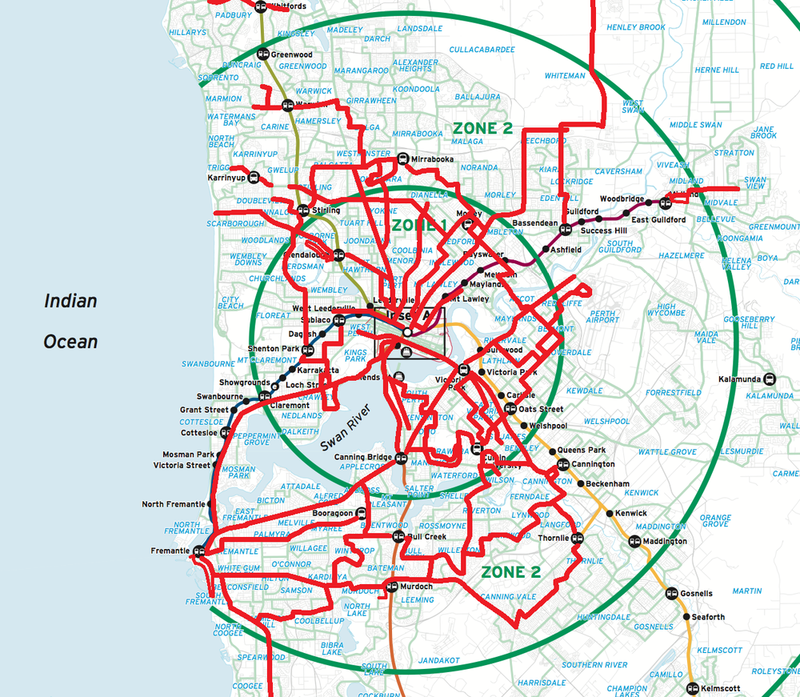 Although the definition does not include weekends, when Perth service levels drop sharply, the map is remarkable nonetheless.  Greater Perth is a young and mostly car-oriented area with a population of around 2 million, but it has a lot of frequent bus service — more than Brisbane, its closest peer in both geography and economics, and far more than almost any US city of similar size.

The bus service is also intended for more than going downtown, indeed, you can also see disciplined efforts to construct a high-frequency grid against overwhelming geographical obstacles: downtown is at the convergence of two squiggly rivers that make it difficult.  (Again, a dramatic contrast to Brisbane, the only big Aussie city with no orbital frequent transit service at all.)

You are here: Home › Perth