Posted on May 5, 2009 in Connections, Transfers, Language, Philosophy 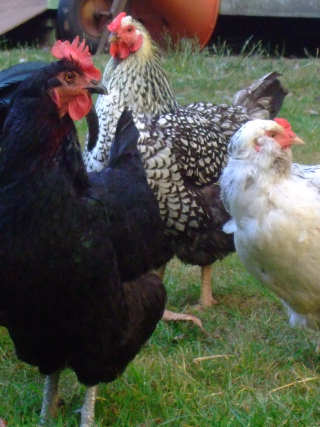 Well, I’ve been at this for almost two weeks, so it’s about time we had a whiff of conflict!  From Vancouver-based transportation economist and blogger Stephen Rees, on my post about “transferring“:

What is
REALLY good for a city is when transfer points are made the centrepiece
of good urban design – or “development oriented transit” as Sam Adams
calls it. Talking about transportation as though it is a stand alone
topic and not one intimately involved in the urban fabric is a good
indicator that the writer has not taken the care to study the impact of
decision making on how people live. Transport is a derived demand – and
currently we demand far too much motorised transport because of our
disdain for urbanity. Transit systems need to be seen as part of a much
bigger picture of remaking our urban places.   (emphasis added)

Nothing to argue with here, except the sentence I’ve highlighted.  But that sentence raises a really important issue.

Of course transportation is completely bound up with urbanism, and demand for it is derived from other demands of urban life.  We can reduce the need for transportation, for example, by putting things that people need closer together.  That’s an important point that always bears repeating.

Yes, sometimes transportation planners, talking only to each other, lose track of an important urbanist principle.  But it’s equally true that urban planners, architects, and developers, talking only to each other, can sometimes lose track of important transit principles.  I’ve often been the transit planner who had to deal with the resulting mess, typically a development that requires transit but can’t be served efficiently because of its location and/or design.

In my view, the relationship between transportation and urban design is a chicken-egg question, in which all bids to elevate one over the other are vain and tedious distractions.  Urban designers, architects, and developers are place-makers, whose job is to create a sense of “there”.  Transportation is the contrary impulse, responding to the needs of people who must resist being “there” because they need to be somewhere else.  This dualism as at least as old as Augustine’s distinction between Being and Becoming, and it has millennia of life in it yet.

Can anyone really say, with a straight face, that placehood is more important than movement?  Aren’t these simply poles of the dynamic out of which all the joys and struggles of urbanism arise?  Think of a great urban space, perhaps your favorite city park or public square.  Is it really just a place where people are?  Isn’t it also a place where they move?  Isn’t the dialogue between the contrary impulses of being and movement — “being here” and “needing to be there” — at the foundation of what makes great places, and for that matter great cities?  (I might even suggest, as I did in an essay long ago, that many of the delights of great urban places occur at the moment of arrival, and arrival implies transportation.)

Which is more important, placehood or movement?  Urban design or transportation?  To me the question sounds like “Is light a wave or a particle?”  Or for that matter, “which came first, the chicken or the egg?”  We’re both right, so let’s move on to the real issue:  How do we serve both placehood and movement at the same time?  How do we make them dance together?  That question is always there behind any great urban planning, whether it’s Allan Jacobs’s theory of Great Streets, or great civic “crossroads” spaces like Portland’s Pioneer Courthouse Square, or motivating regional visions like Metro’s Region 2040.  That’s the work that urban designers and transportation planners must do.  And they can only do it together.

Will a Busway Give Me Direct Service to Downtown?
Do We Really Want Fares to be “Fair”?

You are here: Home › Chicken, Egg