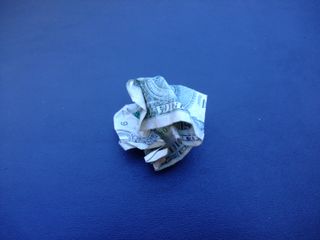 If the Obama administration wanted to strike a dramatic blow for public transit, one that would immediate speed up transit journeys all across America, they would abolish the $1 bill, and get everyone used to the $1 coin.

Travelling in the US last month, I had several opportunities to feed dollar bills into fareboxes. Even if you have perfectly flattened your dollar bill, and folded out all its corners, the process takes at least three seconds per bill, and often closer to five, during which a bus or streetcar with a 100+ passengers goes nowhere.
Even with off-board fare collection, dollar bills are a major nuisance for both passengers and transit agencies. In San Francisco, you can’t put them directly in the fare gates of the MTA Metro subway. You have to go to a BART ticket machine, find the special green button to change $1 into quarters, then take the quarters an put them in fare gates. In stations not shared with BART, MTA has its own machines that simply exchange a dollar bill for a dollar coin, which the faregates will accept.  (The coin is US legal tender, but so unusual that it might as well be a specialized transit token.)
But it’s on-board fare collection where dollar bills cause serious delay. 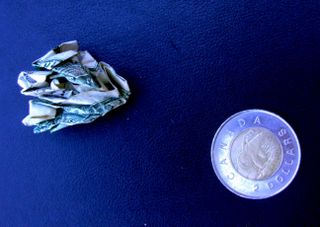 Has anyone done a comparative study of typical bus operations in the US compared to Canada, actually timing the individual act of fare payment? My own informal observations suggest that it’s impossible to pay a $2 fare with dollar bills in less than about 7 seconds, while in Canada a $2 coin takes less than one second to register in a farebox.  (Australia and New Zealand also have coins for values below $5, but their boarding delay is more related to the slow manual process of making change for passengers, a practice almost unknown in North America.)
Has someone done a study of the aggregate savings, in running time and maintenance, that would be realized at once if $1 were a coin?
More here on how you can help.

31 Responses to Mundane Things That Matter: Abolish US$1 Bills!

You are here: Home › Mundane Things That Matter: Abolish US$1 Bills!