Continuing from my last post on the overhead wires of Vienna, here are some additional images.  (Click to enlarge.)   Decide for yourself when and where they’re unacceptable. 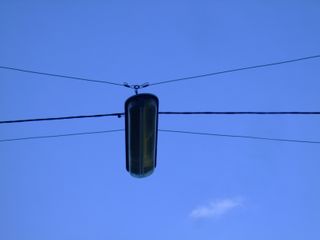 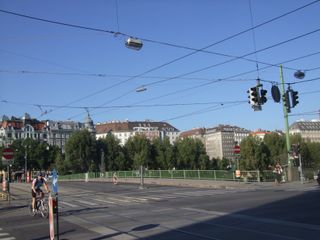 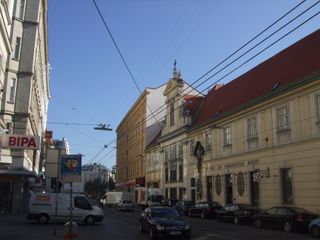 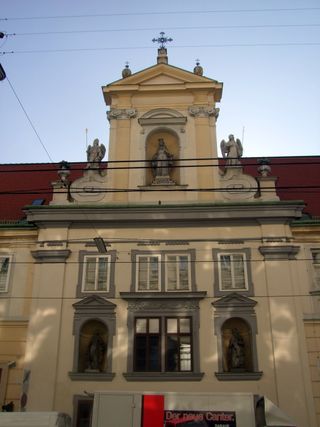 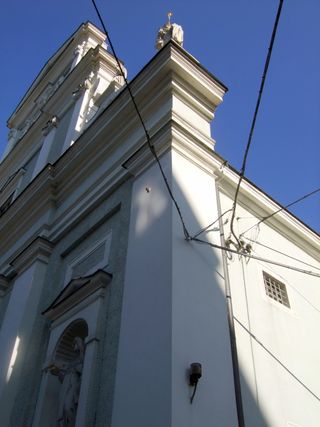 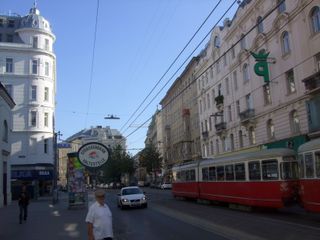 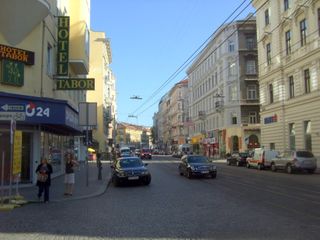 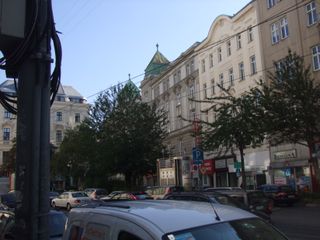 In this next one, the post on the right appears to be the power source for the streetcar wires, hence the especially heavy wire leading from it. 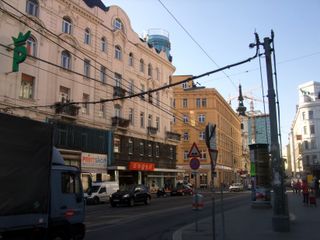 I think I agree with the comment on the last post that in front of plain building faces they’re fine, but that against the background of an interesting roofline and/or sky, the objectors may sometimes have a point.  Which doesn’t mean that these wires are still the least-bad way to power electric transit systems in most cases.  In the most sensitive spots you might resort to a Bordeaux-style in-track power source, but that would be pretty expensive to do everywhere.
In most cases, people do seem to get used to it.  Would you?

Vienna: Do the Wires Ruin It?
Vienna: Weaving A Total Network

10 Responses to Vienna: Do the Wires Ruin It? (contd.)