Posted on September 2, 2009 in Architecture, Rail Transit, Vienna
Subway entrances are always a great challenge opportunity for transit architecture.  Should you present a consistent systemwide look or blend into the surrounding urban texture?   (The same debate happens about lots of other transit infrastructure too, right down to the bus stop sign.)
I like how it’s done in Vienna.  They went through a period of elaborate station entrances, and fortunately, that happened during the age of Art Nouveau just over a century ago.  Now they tend to do simple glass boxes, just large enough to cover any escalator and enclose the elevator that modern disabled-friendly stations require. 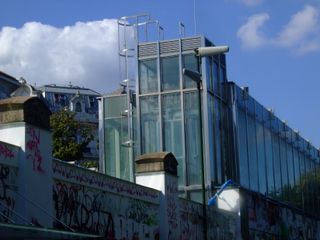 Their lack of ornament makes them effectively Modernist, but they are Modernism at its best, which is when it’s trying to be invisible.  Here’s one in a sensitive historic district, right across from the State Opera house (click to enlarge). 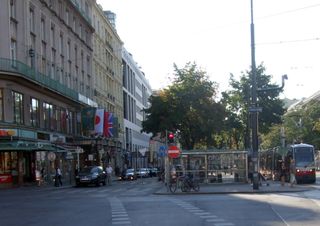 It’s not blending in, but nor is it trying to stand out, so it’s fine.  Its translucency makes it seem less visible, more like, say, overhead wires.  Meanwhile, in the context of other Modernist architecture, the black structure of the machinery can actually be part of the interest in the streetscape. 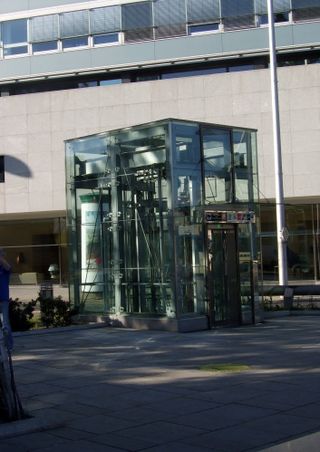 I’m used to hating Modernism, but I like these.  Do you?