For the last four months, I’ve been part of a team looking at the big-picture problems of public transport in Sydney, sponsored but not controlled by the city’s main newspaper, the Sydney Morning Herald.  We released the draft report today, so I can finally talk about it. 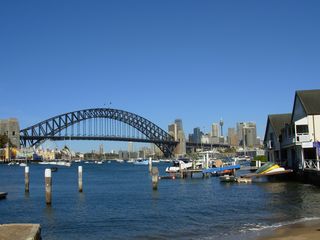 Transport has been an area of controversy in Sydney for years.  The state government (which is responsible for most planning and infrastructure) has developed a pattern of announcing major rail projects only to cancel them a year or two later, leaving the impression that there is no big-picture strategy or integrated plan.  Sydney also suffers from a lack of coordination among different transit providers.  Plenty of people work on planning better buses, or better ferries, or better trains, but not many people are responsible for planning a single transit system where all these services work together, nor do they have the power to make it happen. 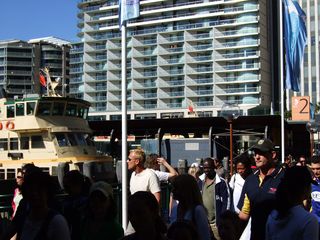 The public transport task in Sydney is huge.  The metro population is around 4.4 million and headed for 6 million in 30 years, so a difficult density-vs-sprawl debate is ongoing.  Sydney has an exceptionally dense Central Business Disrict (CBD), where more than 70% of workers currently arrive on public transit.  This doesn’t mean transit is wonderful, only that driving is worse.  All-day parking in the city can cost over $60/day.

When it comes to public transit, Sydney seems stuck.  Over the last decade, Melbourne, Brisbane, and Perth have seen dramatic ridership growth, but Sydney’s has been  flat.  The public view of Sydney’s current transit offering is decidedly negative.  Public transit in Sydney is seen as an unfortunate necessity, not as a positive feature of a vibrant global city.

Our project was led by Ron Christie, a former Coordinator General for Rail and former head of the Roads and Traffic Authority, who will always be remembered as the successful director of transport services for Sydney’s 2000 Olympic Games.  Ron convened a diverse group of academics, consultants, and retired public servants to conduct the inquiry, and the draft report — almost 500 riveting pages — has now landed firmly in the public domain, with a large splash in the weekend Herald and local television coverage on Saturday.  The report can be downloaded here.

Readers in other parts of the world may be shocked at the obviousness of what we recommend, because most of it consists of best practices that cities all over the world are following, but where Sydney has fallen behind:

I did much of writing in the chapters on fare integration and short term improvement, and took the lead on bus network planning, but the entire Inquiry represents both Ron’s view and the result of spirited debate within the group. 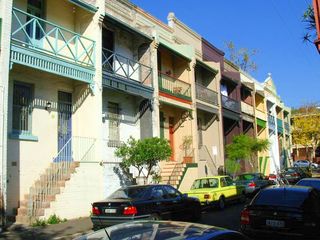 Sooner or later, some state government is going to implement most of these recommendations, because they are in line with what most similar cities around the world have found they need to do.  Even here in Australia, Brisbane, Melbourne, and Perth all have integrated fares.  Brisbane and Perth also have the semi-autonomous urban transit agency that we recommend.

Obviously, there’s a lot here.  I hope Sydney’s many opinion leaders will take the time to digest it.  Sydney has seen a lot of grand plans, but this one is unusual in the level of effort, the sponsorship of a major newspaper, and the detailed research about the public’s willingness to pay.  It might lead somewhere.  I hope it helps someone get home.

New York: Free Student Fares and the Budget Crisis
How Do I Become a Transit Planner?

14 Responses to Sydney: An “Independent Inquiry” on Public Transport

You are here: Home › Sydney: An “Independent Inquiry” on Public Transport