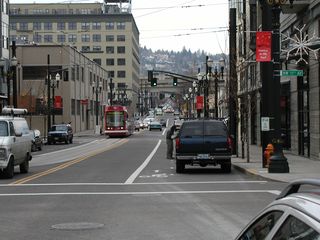 A while back, Aaron Renn at the Urbanophile did an interesting post on Portland.  Anyone who loves the city will find it engaging and challenging, as I did, and I wanted to expand on a comment I made there at the time.  (I lived there from 1969 to 1980 and was later based there as a transit planning consultant, 1994-2003.)

Comparing Portland to his hometown, Indianapolis, he notices that the two cities score about the same on many metrics — job growth, domestic in-migration, GDP, etc. — even though Portland is a nationally renowned achievement in urban planning and lifestyle while Indianapolis is a pretty ordinary Midwestern city surrounded by lots of sprawl.  The core of his observation is in this quotation from Alissa Walker at Good:

Portland, Oregon—the misty evergreen Shangri-La for the young, the creative, and the progressive—has an interesting problem. Its miles of bike lanes, its rock-bottom rents, its deep vats of craft brews are all far too good. Yes, Portland has actually made itself too attractive. According to one study that compared May of 2009 with May of 2008, Oregon’s unemployment has grown faster than any other state in the country, 3 percent. For large metropolitan areas in the country, Portland has one of the highest unemployment rates, which topped out at about 11.8 percent—even higher than Detroit. To blame, some economists believe, are the large numbers of designers and artists who have been moving there without jobs, dubbed the dubious “young creatives.”

Aaron goes on to tell the story of one woman, Nikki Sutton, who moved to Portland without a job, because she loved the city, the landscape, the lifestyle.  She spent a year trying to find work — even Starbucks had a huge backlog of applicants — and finally moved back to Indianapolis.  Aaron asks:

“What’s the carbon impact of Nikki not being able to get a job in Portland? I wonder what the carbon footprint of the city would look like if it counted people who had to leave for economic reasons, or who wanted to move there but decided discretion was the better part of valor
when they couldn’t secure advance employment.”

Reflecting on this, I wrote a comment on Aaron’s piece that I thought I’d expand on here. 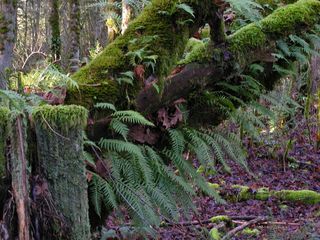 People do go to Portland for the lifestyle at every point on the economic ladder. That includes the young unemployed such as Nikki Sutton, but there’s a rung of the ladder below them: the teen runaways who seem especially attracted to the city, and who often end up on its streets. Compared to all other cities that I’m used to, I’m always struck by how young the panhandlers in Portland are.

I connect that to the remarkably womblike quality of Portland’s physical environment. The gentle embrace of the forested hills, the wet and mild climate, the famously intimate built scale, the relative lack of crushing big-city monumentalism in its architecture. There’s a quality about Portland that has profound subconscious appeal to people who want to detach, who are cut off from home, maybe consciously thinking of themselves as rebels — but who still need to be consoled or embraced. 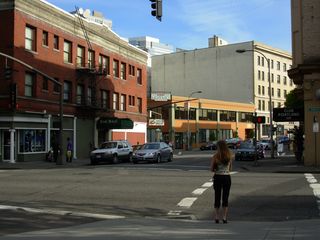 I think that applies to people of all ages and classes, from teenage runaways to retirees to affluent professionals who can move their wired career anywhere, and choose Portland.

To bring this back to Aaron’s point: This cultural history explains, I think, why Portland is particularly resistant to metrics. In a recent post I pointed out the astounding fact that in the last 12 years, when four major rail transit lines have been built in the City of Portland, the percentage of workers commuting by transit did not increase at all.  In many cities, that metric would matter.

In Portland it really doesn’t. Nobody cared much that ridership on the first light rail line was less than predicted, either.  I was asked about that many times myself when I was a Portland-based consultant in the 90s, flying around the US trading on Portland’s mystique.  I gave the standard Portland answer, which is something like: “We’re not doing this to win a race or score points or achieve performance targets. We’re doing this to build a civilized city.” The streetcar advocates today, who argue that streetcars are a transit improvement even if they’re slower than buses, are making
basically the same kind of argument.

Portland’s success in “lifestyle” may be inseparable from the fact that metrics don’t explain it. That may be exactly why, to so many people, it feels like home.

So why can’t Portland grow its economy enough to retain environmentally conscious domestic migrants like Nikki Sutton?  And don’t tell me it’s because there’s not enough parking downtown.

33 Responses to Portland: The Lure of the Unmeasurable

You are here: Home › Portland: The Lure of the Unmeasurable