For once I agree with Joel Kotkin.  Livable cities lists are getting tiring.  Does this 2010 list from Mercer, released a month ago, look familiar?

A combination of efficiency and sheer prosperity — due to many causes unrelated to the character of a city and its inhabitants — seems to be driving the obsession with the Rhineland and Alpine Europe.  And do you think we’re giving rather a lot of weight to cultural homogeneity, or to factors that vary with it?   (The most culturally diverse city on this list is probably Vancouver.)

And Bern (pop. 123,000)?  Bern, where horrible things are clearly done to people whose red window-box geraniums are not in order? 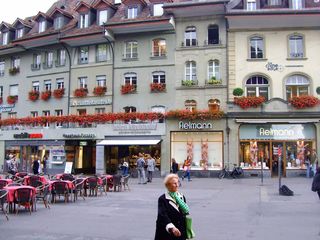 Sydney, where I live, pops up in these things now and then, but I know very few Aussies who’d call it the most livable city in Australia.  It is, however, very good at dazzling tourists.  If livable cities were based solely on rankings by people who lived in those cities, Sydney might well be in the dungeon.

Monocle clearly values the arts more.  They include relatively poor cities with some rough edges (Berlin) perhaps partly for their level of creativity and ferment.  They pick Melbourne over Sydney, and Melbourne really is a stronger centroid of the arts.  (As an opera-obsessed friend of mine likes to say: “Australia has one great opera house; the outside is in Sydney and the inside is in Melbourne.”)

But even Monocle, which looks beyond Mercer’s “bourgeois contentment” metrics, picks only one real megalopolis, Tokyo.

I wish the authors of these lists would start doing some size classes.  For better or worse, humans have invented the megalopolis, and a lot of great lives are lived in those places.  So what’s the most livable megalopolis?

And of course, the eternal question:  Why no tropical or subtropical cities?

Is urbanism inconsistent with tropical life?   Even Monocle’s top 25 includes only one tropical city, Singapore, and it’s well down the list.  Sydney is the lowest-latitude city on any of the top 10 lists; at 33.5 degrees latitude it’s well outside the tropics.  (And as Aussies will tell you, Sydney in the winter is “freezing”!)

Is livability like peaches, which require winter frost to deliver their sweetness?  Could high latitude ever perhaps be a negative for livability?  Could not seeing the sun for months make a place unlivable?  Or is it just that cold and darkness drive people indoors, where most cultural production happens, and culture is Monocle’s product?

You are here: Home › Livable-Cities-List Blues