Posted on January 2, 2013 in Advocacy, Portland

No planner from the city of Portland should be going to national conferences and bragging about how smart we are about urban planning in Portland until we have an actionable plan to make 122nd & Division a great  place. … We have a lot of work to do to make the hype about how livable Portland is true citywide.

Here's the intersection the Mayor is referring to: 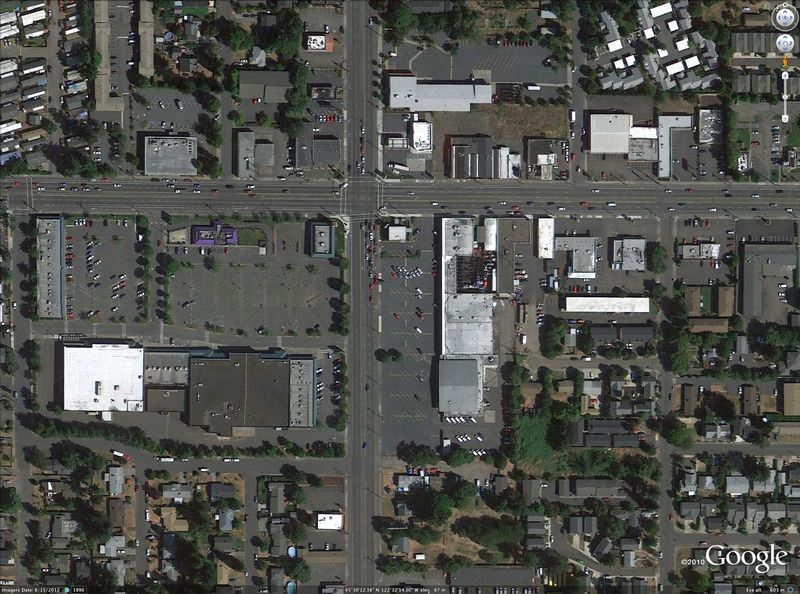 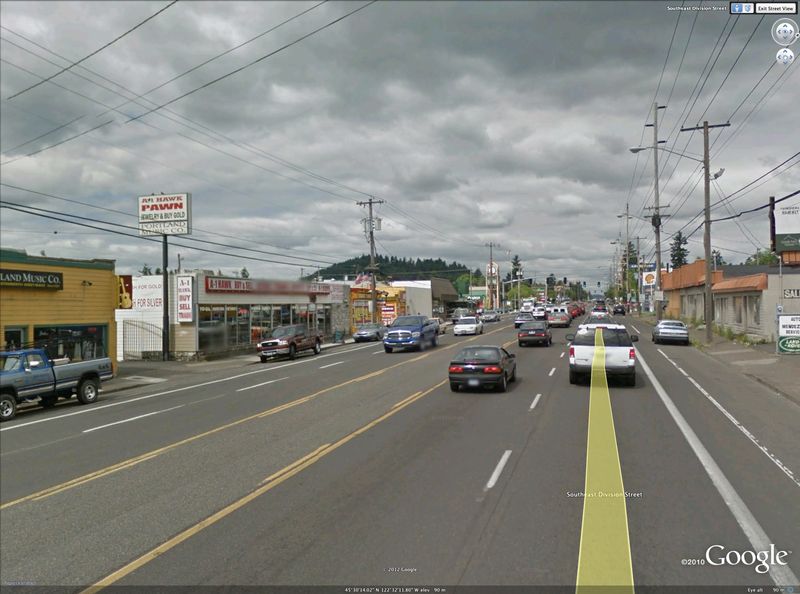 Strong words.  I've sometimes felt exasperated by the some of "Perfect Portland PowerPoints" that I've seen at conferences all over the world.  Many of them show you pictures solely from downtown and the innermost neighborhoods, and give you the impression that every place worth going to is right on the Portland Streetcar.  They don't usually mention that repeated cuts to the city's once-excellent bus network are calling into question the viability of a no-car lifestyle over large parts of the city, and that much of the official wonderfulness of Portland isn't that evident in daily life in some of the outer parts of the city.

But of course, planning PowerPoints about lots of cities are distorted in those ways.  And in fact, many cities have fairly ordinary looking suburban fabric like you see in this picture, and conflicts between the needs of such areas and those of a more glamorous and expensive inner city.  So I would be gentler than the Mayor on this point.

Portland is far more flawed, contingent, lovable, ordinary, and fascinating than the some of the PowerPoint warriors will let on, but after all you've heard, you'll probably have to see it to believe it, or at least spend some time on Google.

10 Responses to quote of the week: the mayor on those portland powerpoints

You are here: Home › quote of the week: the mayor on those portland powerpoints