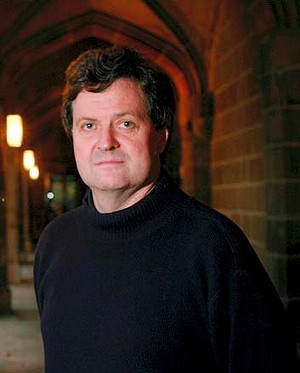 Paul Mees, the Australian public transit scholar and author of Transport for Suburbia, passed away June 19 after a battle with cancer.

Paul was an important voice in the struggle to bring contemporary transit planning techniques to Australia in particular.  Transport for Suburbia, like much of his other writing, contains eloquent arguments for the basic geometric principles of ridership-oriented transit planning, ideas that are second nature to most transit planners but that have been extraordinarily hard to convey outside the profession.

Sadly, I dealt with Paul mostly as an adversary.  We had one meeting in person, in which we drove around Canberra together mostly agreeing about what needed to be done there, but Paul chose, in print, to be mostly a critic of my work.  We certainly had a long-standing quarrel about the role of density in transit ridership, though I think this was mostly a problem of audience and language, not real opinion.  He was certainly caustic at times, and could certainly present is ideas in ways that sounded like personal attacks.

And certainly, there were reasons to be frustrated.  He worked in an era where the very possibility that transit could be planned as a citywide network, and that it was a crucial area of public interest and discussion, was at a low ebb in Australia, lost in the obsession with privatization and narrowly defined "benefit cost analysis".  Media coverage about transit was either about infrastructure debate or about whether some service should be "privatized" or "profitable."  The concept of networks — different kinds of services working together and serving an entire city — was only beginning to emerge.  For years, much of the essential work of transit planning had been outsourced to operating companies that planned for their own turf, not for the network as a whole.  There were few motivations to innovate, and many to suppress innovation.

This was the world in which Paul and I both had to work, and I'm grateful that he lived to see some of the subsequent revolution.  Australian governments are now re-asserting their right to control the design of their transit networks on behalf of the cities that depend on them so profoundly.  Many of the ideas that Paul helped promote are finally surfacing and taking hold.

All progress comes from a broad front of voices, and nobody hears the moderates ones unless more extreme and uncompromising ones are also present.  Paul Mees was, in many ways, the uncompromising conscience of Australian transit planning.  His passion and persistence on the topic will be missed.

how to (not) sound elitist when discussing transit
please forward! a quick job for a small web developer