A couple of weeks ago, I had the honor of joining a consulting team working on Bus Rapid Transit in Al Ain, United Arab Emirates.  Al Ain, pop. around 500k, is straight south of Dubai, inland, and it could not be more different.  While Dubai is a performance for the world, Al Ain is calm, satisfied and a bit inscrutable.  Expat workers abound, including plenty of professionals hired from the West, but this feels like a city for Emiratis. 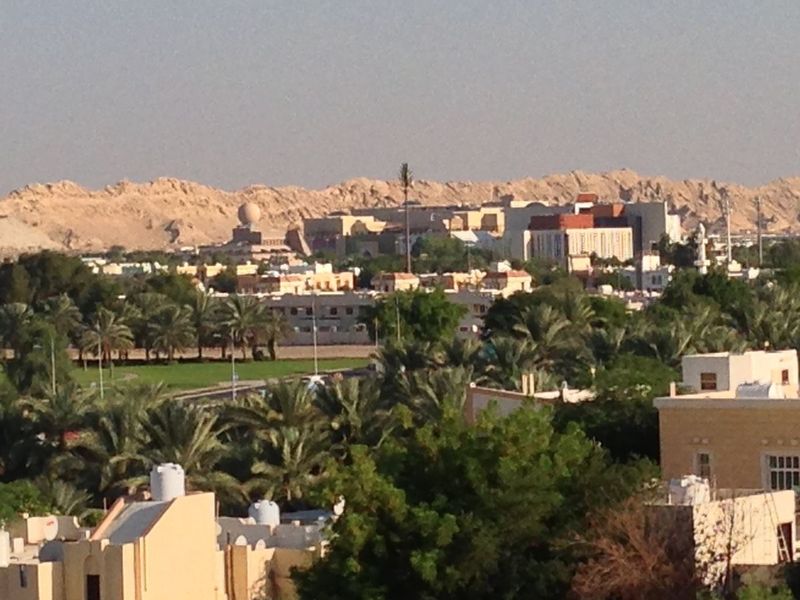 Built around a series of oases, Al Ain has been a crossroads and watering place for millennia.  Like most such places, it's a bit of a chokepoint, defined by the Omani border and the massif of Jebel Hafeet rising to the south. 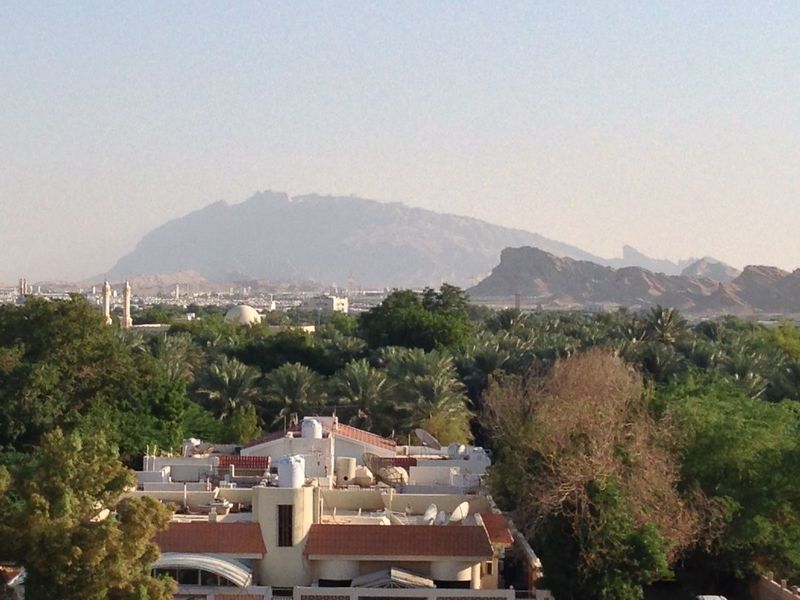 What's here for a transit  blog?  This: 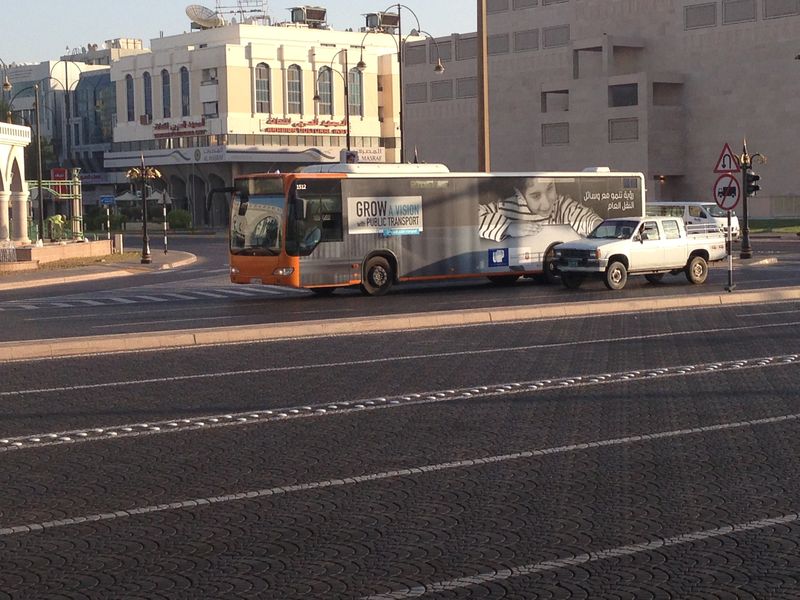 "Grow a vision with public transport," with the obligatory child photo.  (Another shows an Emirati man in agal and ghutra gazing thoughtfully into the distance.)  Al Ain recently started up a bus system, and has a nice downtown station under construction.  As you'd expect in the Emirates, it's mostly used by low-income guest workers from surrounding countries.  Emiratis, who are a minority of the workforce, are mostly relatively wealthy and generally drive.

But why, if that's today's reality, would a public transit system be unveiled with such modern and air-conditioned buses?  And why did they undertake this kind of marketing and imagery, designed to get Emiratis thinking about public transport and why it might be important for the city's and country's future?

Often, in the US, I encounter the attitude that buses are just for the poor and that therefore there's no point in spending more than the minimum on them.   Plenty of US cities have bus systems whose service and infrastructure still convey that attitude.  In these situations I'm always pointing out that transit dependence, like income, is a spectrum, that there are people everywhere along the spectrum, and that transit can therefore grow incrementally in relevance in response to modest, incremental investments.  Even poor people make choices, and those choices have consequen  This is, among other things, a reason to care about the quality of bus services, rather than just longing for trains.

That line should be a harder sell in the Emirates, a wealthy country where (a) decision-making is concentrated in an elite, (b) the middle class is far smaller and newer than in the US, and (c) the underclass consists of foreign "guest workers" who have little political influence.   But the Al Ain bus system, and its vision-heavy marketing and investment in look and feel, suggests they may grasp the idea better than many Americans do.   They are envisioning a future when a more diverse range of people will be motivated to use transit, as the car becomes less attractive or affordable for a host of converging reasons.

toronto: communicating transit’s hard truths to the public
should transit maps be geographical or abstract?