I recently returned from a week in Reykjavík, Iceland, working with staff of the regional association of municipalities on the frame of a future public transport plan.  It was an opportunity to meet with key elected leaders – including Reykjavík Mayor Dagur Eggertsson and public transit authority chair Bryndís Haraldsdóttir – for a conversation about what they want public transit to be, and what choices might follow from those goals.  I also ran a two-day workshop for municipal and national transport staffs, to help them explore their options for their transit future.  (There was also some time off to ruminate on the landscape; those musings are on the personal blog, here.)

Part 1 of this post is a photo-rich tour.  Part 2 talks through some interesting transport issues.

Greater Reykjavík is dramatic urban landscape, all perched on ridges or gathered around fjords.  As in any European city, there’s a walkable historic core, attractive to tourists but still intensively lived-in by the locals, and with plenty of cranes on the edges signaling even greater density in the future. 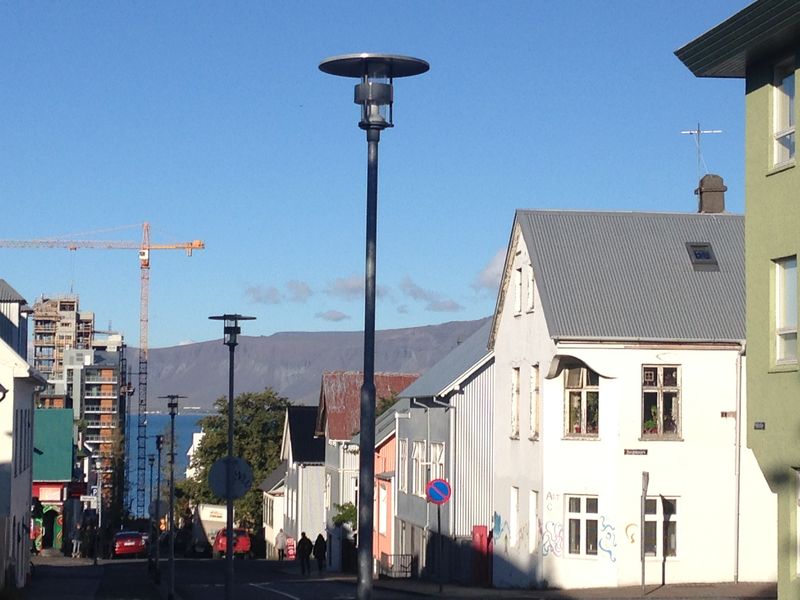 But despite the European forms, urban history is on a more North American scale. Although the very first Norse settlement was on this spot, in 870, it was another 900 years before anything urban began to emerge.  So the inner city urban structure is mostly 18th-19th century, and the buildings are mostly from a range of 20th century styles.  (The hilltop church, too, is 20th century.) 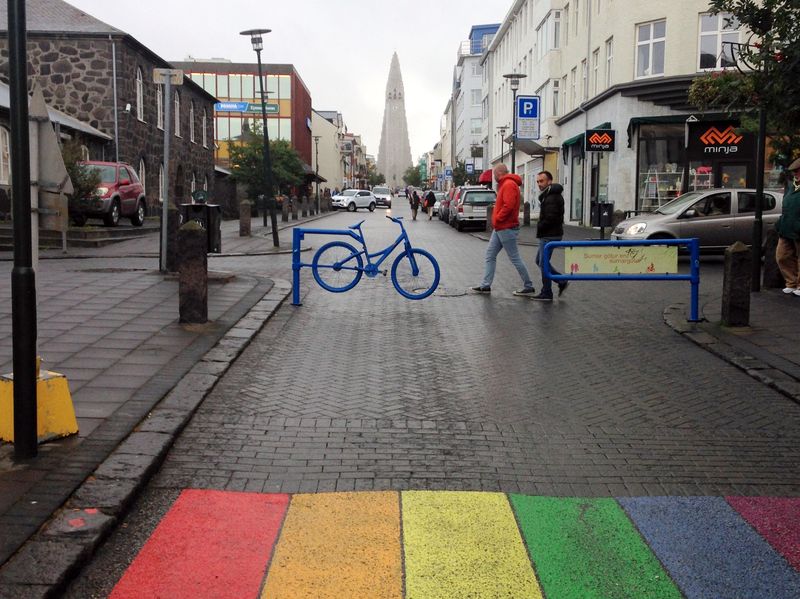 It can seem a little austere sometimes, partly because so much of the greenspace is hidden behind buildings, along laneways. 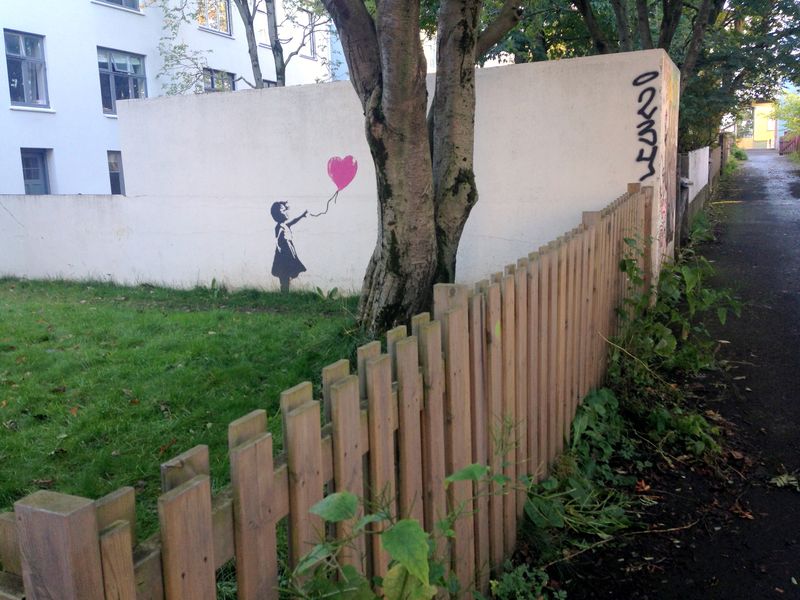 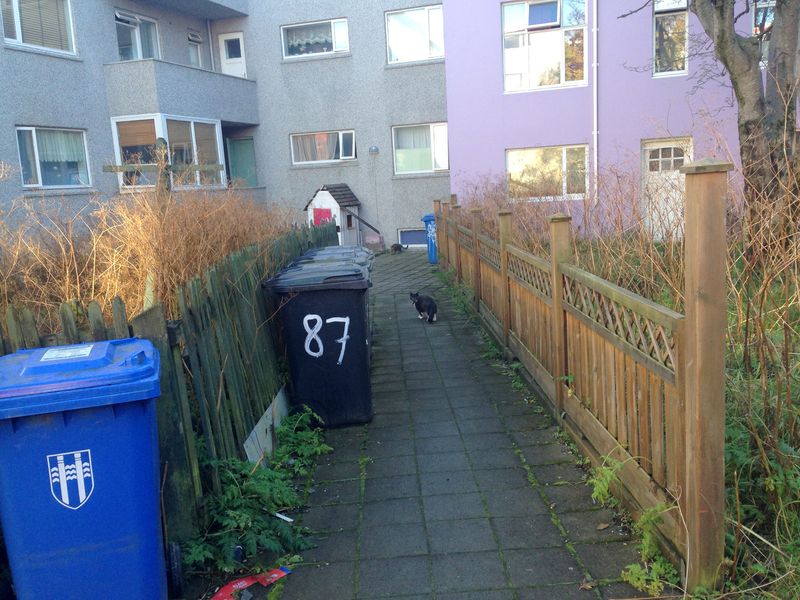 And here are some classic waterfront photos reminiscent of Vancouver. 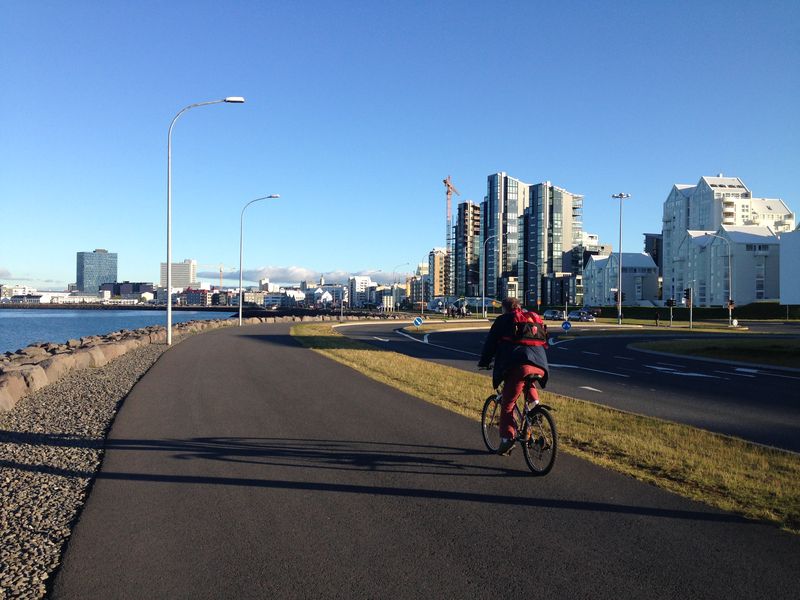 Note the cyclist’s shadow; at 64 degrees latitude, the beautiful qualities of evening side-light last for much of the day. 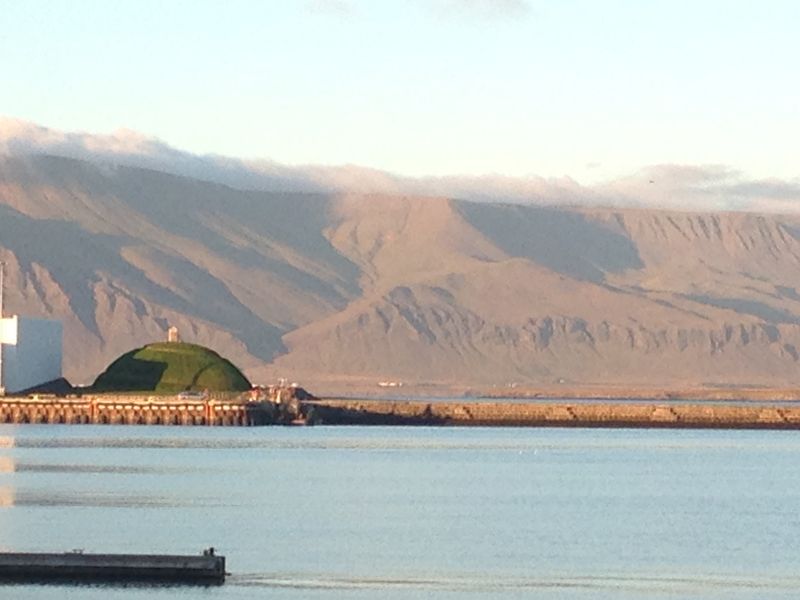 That giant tennis ball floating in the harbor seemed a perfect bit of whimsy.  It’s a park, with a military history.

Further out, much of the city is high-density but car-oriented:  Residential towers grouped at some distance shops and services, so that even though you live on in a tall building, you need to get in your car to buy a liter of milk.   This is the view from the 20th story conference room where we held our staff workshops.  This particular office tower has a freeway offramp directly into its parking lot, but the area is so riven with high-speed roads that it’s difficult for transit to navigate without lots of awkward backtracking – the “be on the way” problem. 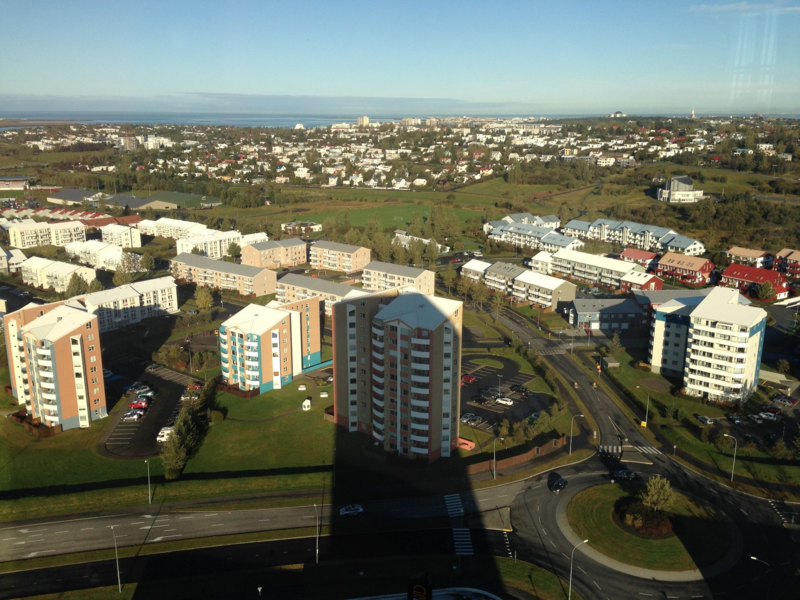 The white tower in the distance in the upper right of that photo is that modern hilltop church in the old city.  You’re looking across most of the urban area in this image, so you can sense its compactness, its topographical complexity, its extensive greenspace, but above all, its density.

In Part 2 (the Words) I’ll talk more about the transport issues.

2 Responses to Reykjavík: Adventures in Subarctic Urbanism (Part 1: the Photos)

You are here: Home › Reykjavík: Adventures in Subarctic Urbanism (Part 1: the Photos)