Posted on August 30, 2009 in Architecture, Vienna
One of the joys of Vienna’s transit system is that  some key pieces of it were built in 1898, mostly designed by Otto Wagner.  It was the era of Art Nouveau (called Jugendstil in Vienna) which later grew into full-blown Deco.  A few examples are over the top, such as the Karlsplatz station house: 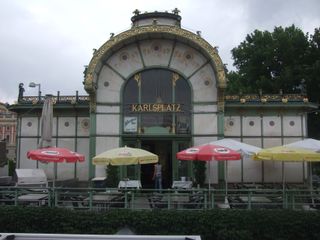 But mostly it’s pleasing in a very low-key way, as in these stations along the U6 viaduct. 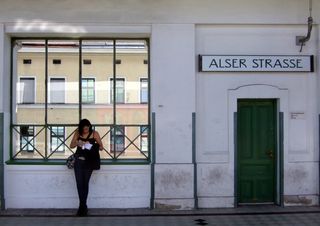 Look closely at the lettering.  The “R” captures a bit of the organic, plantlike texture that Art Nouveau was all about: 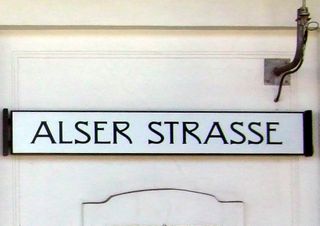 These stations are just over a century old, but I can still see the gentle optimism in them.  Note that compared to the florid architecture of the late 19th century, Art Nouveau could seem minimalist, cool. The same look extended to operations infrastructure, which means it was meant to inspire employees, not just riders.  Here’s one of the main tram sheds from the period: 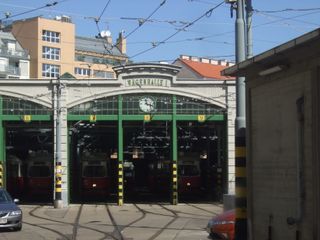 Art Nouveau corresponds to one of the great eras of planning idealism, when it was still possible to talk, without irony or apology, about ways that architecture and urban form can cultivate happier, more productive, and even more ethical citizens.  It’s meant to help people feel the sense of possibility that comes from being young.  (The Austrian term for Art Nouveau was Jugendstil, literally a “style of youth.”)  To me, at least, it still works.   Even in ruins: Some more personal and non-transit reflections on Art Nouveau are here.

One Response to Vienna and the “Style of Youth”

You are here: Home › Vienna and the “Style of Youth”