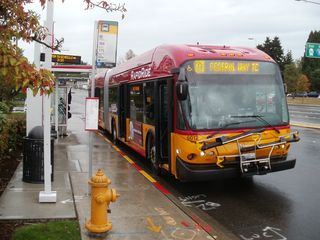 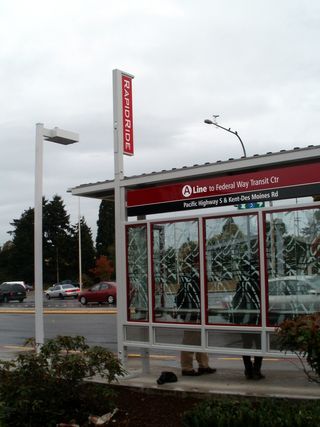 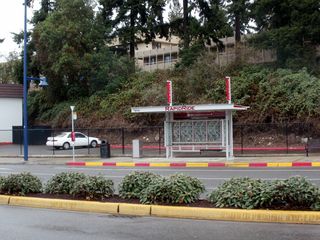 Seattle’s main transit agency, King County Metro, is beginning to roll out a rapid bus product called Rapid Ride.  As described by their website, its key mobility features, apart from frequency, are a rapid stopping pattern (stopping once every km or so) and all-door boarding and alighting, using a Proof of Payment fare system.

The last point is especially important because there as been so much resistance to all-door boarding in the North American and Australasian bus operations worlds, even as it becomes routine in Europe.  I’ve always thought that the ritual of front-door boarding, which includes paying the driver and often feeling judged or inspected by him or her, is one of the most offputting aspects of bus-riding, especially for people who aren’t used to it every day.

In the last 30 years of light rail and streetcar development, many cities have settled into a practice of requiring fare payment to the driver on buses, while allowing all-door boarding and alighting, with roving fare inspection, on rail.  This has created an often subliminal but powerful difference in “feel” that has nothing to do with the intrinsic value of rail vs bus technology.

I also like the choice Rapid Ride has made about station architecture.  The shelters are distinctive but not flashy.  They are easy to recognize, even amid the visual noise of a suburban commercial strip. They are clearly more than conventional bus stops, yet not so expensive that they would be hard to extend consistently across a network.

You are here: Home › Seattle: Quick Notes on “Rapid Ride”