Transit maps always express a choice about how you see the city.  Do you want to show the city in its geographical detail?  Or do you want to be able to show the structure of the transit system, which involves expanding some areas and reducing others, often leading to distortions of scale that mislead the geographically-minded rider?  Like many, the classic Washington DC Metro map does this, shrinking outer distances and exploding inner ones.

Structure can be rendered many ways, and once you're free of literal geographic scale, it's tempting to create some other visual logic.  Do you want to emphasise the concentric quality of your city, or do you want it to display many equally important points?  Which is bigger, the lines or the stations?  Do lines meekly serve stations, or are stations mere decorations on lines?

Even more basic, what kind of structure makes you happy?  The designers of the Wellington, New Zealand transit map like diagonals, rounding all routings off to the nearest 45 degree angle. 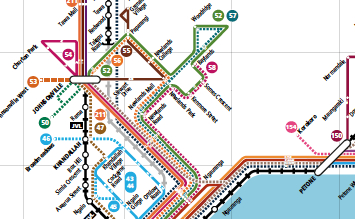 It sacrifices certain geographical information to show the system in a certain pleasing way, which is fine.

Point is, you can find any balance of geographical accuracy, systemic clarity, and sheer visual pleasure, and still be accurate.  As for whether it's useful, that depends on the audience and purposes.

So there's nothing technically wrong with mapping Washington DC's metro system like this (follow link for sharper one): 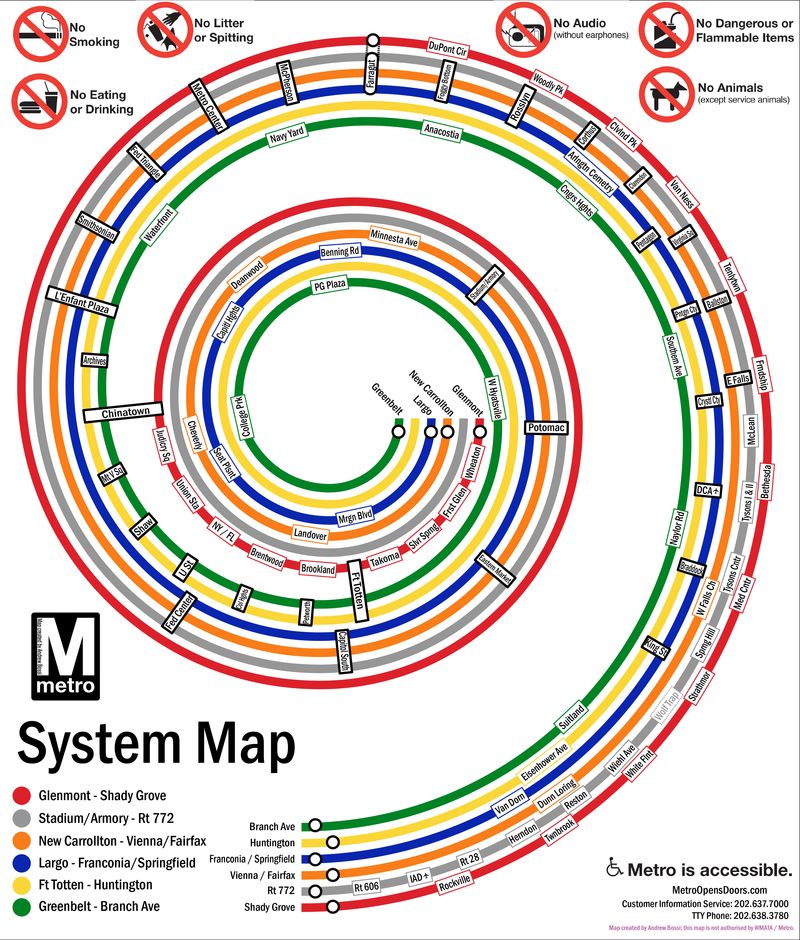 … as Andrew Bossi does.  As a system map, it's a strong visual choice, but it's not inaccurate!

parents worry: my boy is too interested in bus schedules!
public input into ongoing projects

You are here: Home › maps and aesthetics: washington’s hidden spiral