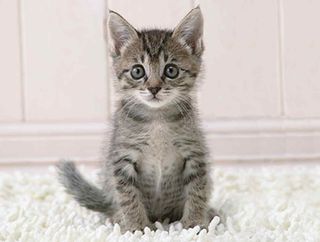 Readers know I often find it necessary to wade into "efficiency vs emotion" debates, usually to point out that there are emotions at stake in efficiency too.  Yes, there were kitten lovers everywhere, including me, alarmed by the thought of two lost kittens on the tracks of the New York subway. There were also tens of thousands of stranded people missing their appointments and families and last-chance-to-see-dying-parents as two major subway lines were shut down to avoid hitting them.

But you don't actually say that. 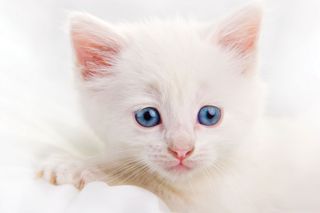 And of course some obsessive philosopher-geek will want to probe each cat-lover's definition of cute-enough-to-shut-down-a-city.  "What if they had been squirrels?" he'll ask.  "Squirrels are adorable too, but they're rodents, so if squirrels are to be saved, why aren't we braking for all the rats that are down there anyway — mmph!"  No, you gag the philosopher-geek for his own safety.

Unless you are a certain Republican candidate for mayor, you don't actually say that you'd have kept the trains running even if it brought two lost kittens to an untimely end.  If tempted, you see the angry mobs holding photos of kittens.  You see radicals among them hurling dead kittens at you, each bearing a little certificate that it died of natural causes.   You imagine that every internet cat pic, for the rest of your life, will be like an ad for your opponents. 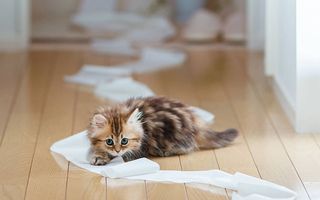 Social media have elevated the cat, and especially the cat picture, to a symbolic power not seen since Ancient Egypt.  You don't mess with that.

Which reminds me,  here's the complete collection of cat posts from my personal blog.  Here's an old pic of me holding Cody (1996-2009), whose safety I'd have personally shut down New York for: 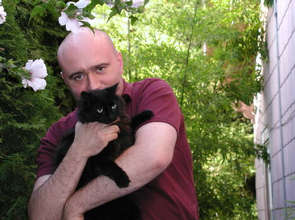 So yes, you efficiency-loving, reliability-loving urban technocrats!  There are purring, furry, carnivorous limits, and I'm there with the cat-lovers, astride the deserted subway tracks, yelling stop!  Isn't this a cute kitten?

5 Responses to shutting down new york? think of the kittens

You are here: Home › shutting down new york? think of the kittens