If you're hiding with your laptop in the laundry closet because an ancient family argument has broken out over holiday dinner, it's a great time to geek out on how fast mapping is changing.  Go over to Atlantic Cities and explore Emily Badger's great overview of 10 ways that mapping has evolved over the past year.

My favorite: I usually try to be race-blind in my thinking about transit and cities, but I have to admit I was absorbed by Duncan Cable's Dot Map of Everyone in the US, which is color coded by ethnicity.  Not really everyone: You can't zoom in to find your personal dot, but it's still a magnificent rendering of how dot-crowding conveys density on a map more naturally than shaded zones.  Chicago, for example, displays pie-slices of single-ethnicity neighborhoods (blue is white, red is Asian, green is African-American, orange is Latino/Hispanic), but you can also see where the borders are soft, where they're hard, and where highly mixed areas exist or are emerging: 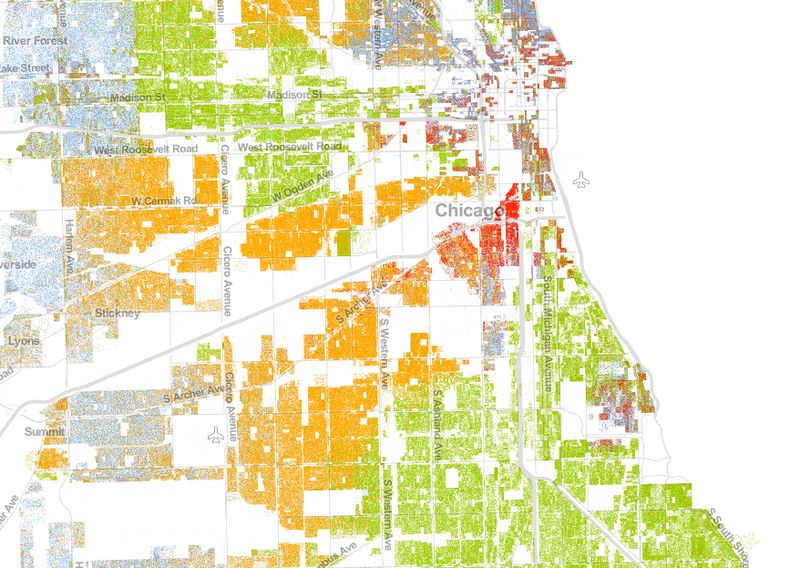 Houston, where I'm working now, is also made of pie slices, but the colors are more muted, indicating more mixture almost everywhere.  Near the center of this image, the greater Montrose and Heights districts are rainbow pointillism.  The Asian node in the south is student areas near Texas Medical Center. 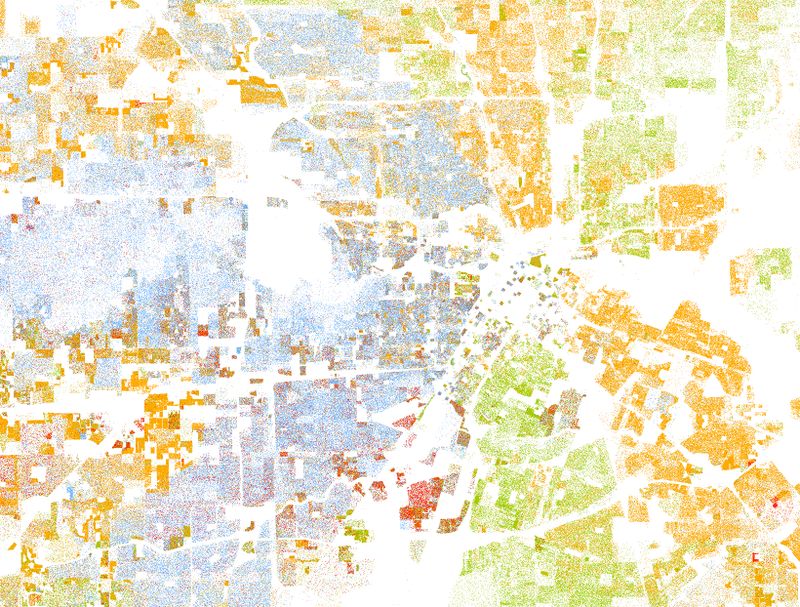 And my home town, Portland, with downtown on the far left (as it is), showing the new concentric-circle pattern, as lower income minorities (because of income, rather than race) are forced to settle on the fringes of the old city (top edge and far right) or what we'd now call "inner ring suburbs."   The bike-and-transit-friendly city you've seen pictures of is mostly white with small dashes of color. The exception is downtown, which still has a mix of housing types tending to both income extremes, and the continuing black presence in the neighborhoods straight north of downtown even as these gentrify.  (As a small child in 1970 I remember seeing a cover of the local free weekly that showed a hand drawn line around this district with the title "Red-lining the Ghetto," about the impossibility of getting loans to buy or improve homes in that area.  Now, it's on fire with higher-end redevelopment.) 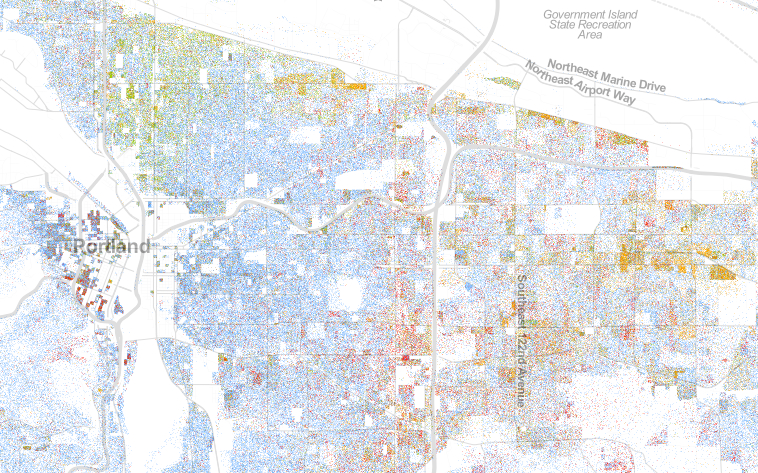 Of course these are also fascinating simply as density maps.  Did you know that Oregon cities have had Urban Growth Boundaries since 1972?  The hard edges show around many Oregon cities … Here's the north edge of Portland's western suburbs (the "Silicon Forest"): 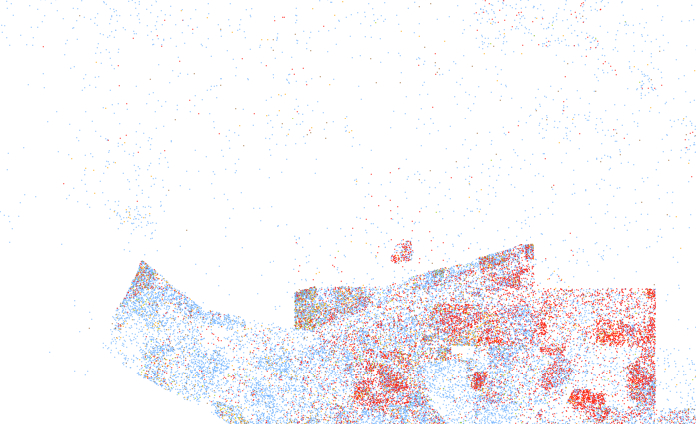 For contrast, here's a same-scale image of the north edge of Clark County suburbs, just over the river in Washington: 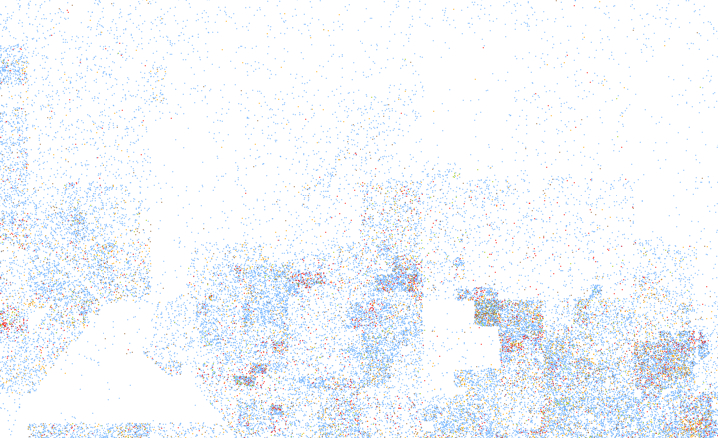 Washington loses farmland to development much more rapidly than Oregon does.  It makes a difference.

In the end, what I love most about these maps is that they're beautiful.  As in art, patches of a bright color are beautiful, but so are intense mixtures of color.  So I look at these maps and feel good about both single-ethnic communities and mixed-ethnic communities, and my eye enjoys the patterns of density, hard edges here, soft there, even more.  These maps take an emotive kind of diversity and render it as serene.  The perfect geek-out for serene holidays.