Paul Comfort’s Transit Unplugged is a podcast for transit industry professionals.  He just did a two-part interview of me, where we talked about how our thinking about transit goals, and our measures of success, need to adapt to the post-pandemic world.  It’s in two podcasts

Tuesday, March 16, I’ll be on a Portland Forward panel exploring how to revitalize Portland’s central city.  (I’ll probably try to broaden the topic a bit.)  It’s a panel of experts in several fields, so I have to represent all of transportation myself.  Should be interesting.  Details here.

Setting for my course  and New School lecture in New York in early February, Ben Fried did a nice interview of me in Streetsblog toay.

It looks like most everyone had a great time at my Interactive Course in Transit Network Design in Washington DC last Friday and Saturday.  The feedback might help you decide if it's worth the money to sign up for a future session, or to bring the course to your own city. 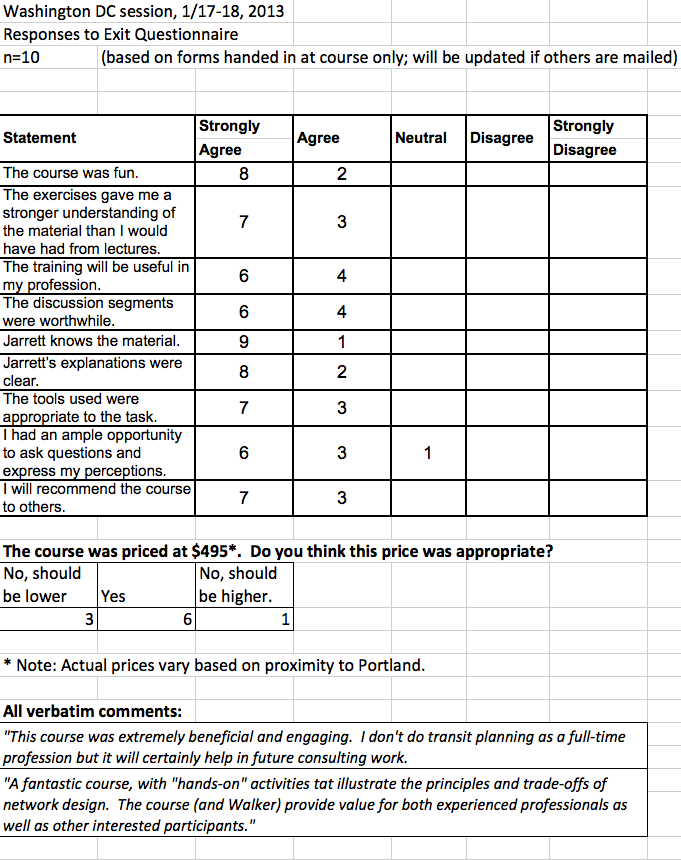 Erin Chantry, of Tindale Oliver urban designers, wrote a nice little piece about the Congress for the New Urbanism panel where I spoke alongside G.B. Arrington of Parsons Brinckeroff.  I promised a little fire and brimstone, but apparently I came off as way too reasonable.

My fun faux-debate with Darrin Nordahl last night, sponsored by Town Hall and Transportation Choices, has been covered by both the Seattle Times and the online journal Publicola.  Both summarize the question as something like:  "Should transit be useful or fun?"  Put that way, it's easy to say yes to both, but there really are some choices to be made, because often we're asked to sacrifice the useful for the fun.  As I said in the debate, I support all of Darrin's recommendations for a more joyous transit experience, except where the abundance and usefulness of service must be sacrificed to achieve them. 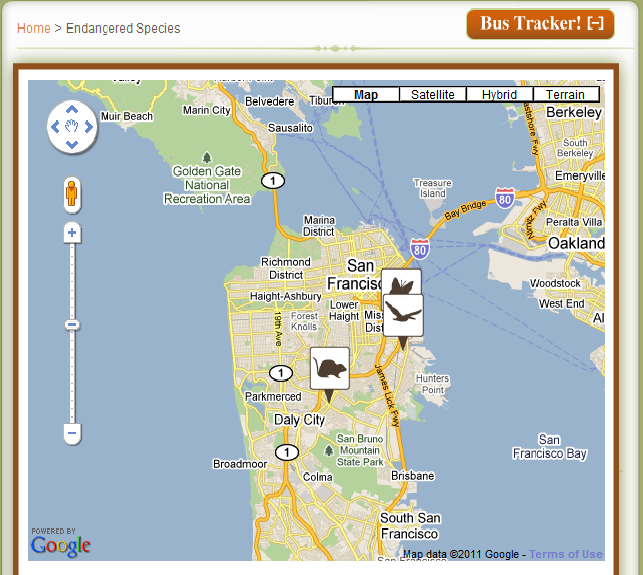 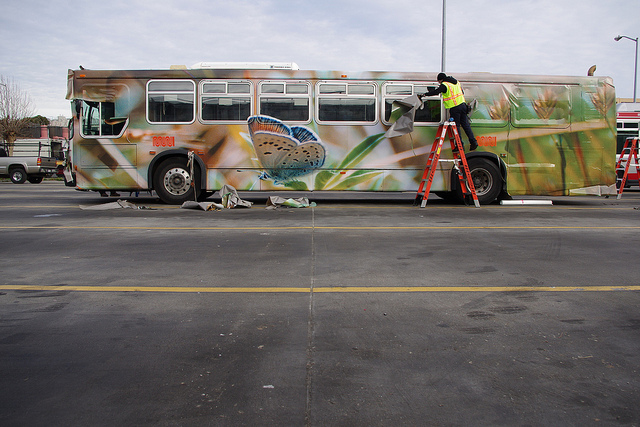 It turns out that the excellent blog Portland Transport created a really clear video of the Portland version of my presentation, “A Field Guide to Transit Quarrels.”  Only tonight have I had both the time and the bandwidth to look at it.  Apart from the well-amplified sniffles from my cold at the time, it looks and sounds pretty good.  Thanks to Bob Richardson and everyone else at Portland Transport who made it happen. END_OF_DOCUMENT_TOKEN_TO_BE_REPLACED

You are here: Home › Events