One of the troubling side-effects of the streetcar revival movement in North America is that streetcar advocates often need to argue that buses don’t stimulate development, whereas streetcars really do.  But now and then someone says something like this:

Now, in Seattle, I picked my current apartment in large part because it was right next to a trolleybus (the 44). 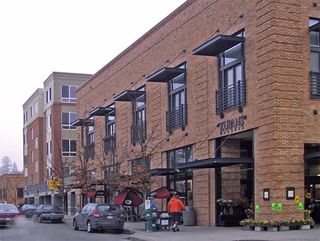 Frequent bus lines clearly do attract tenants and buyers to some locations over others.  The resulting market can cause more dense housing to be built on frequent bus lines than away from them.  The resulting developments may not be as dense or centrally organized as Portland’s streetcar-stimulated Pearl District, but they form, in aggregate, a huge amount of the recent growth in inner city urban fabric, all over North America.


These images, for example, are from the Belmont Dairy redevelopment, along Portland’s Belmont Street at 35th Avenue.  It includes a mix of apartments and townhouses, organised around a grocery store facing the street.  It’s on the higher end of such redevelopments, much praised in the smart growth literature.  I know people who bought homes there, and they definitely cared that the Frequent Line 15 bus stopped right in front. 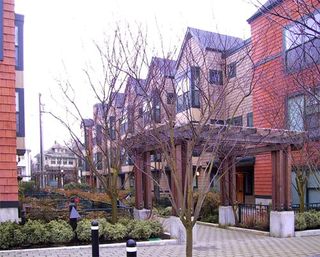 So why do these redevelopments along major bus lines not count as “buses stimulating development”?  “Stimulate,” remember, doesn’t mean “cause to occur all by itself.”  It just means “help to occur, in conjunction with a lot of other favorable factors.”  That’s the only sense in which the Portland Streetcar stimulated the Pearl District, though we think about that case differently because the Streetcar and the neighborhood were designed together.


Didn’t the Line 15 bus stimulate the Belmont Dairy project in the same sense of the word?  Doesn’t a bus line form part of the stimulus of any redevelopment built near its stops, except in cases where you’re sure most residents won’t care whether the bus is there?

Does the development industry really believe that?   Do streetcar advocates even believe that?  Or is there a subtler meaning of “to stimulate” that is true of what streetcars do but not what bus lines clearly also do, perhaps to a lesser degree but over a much wider area?


Just asking.  I’ve read plenty of times that buses don’t stimulate development, but I’ve never seen a data-based argument for that proposition.  If you have, please use the comments to point me to it.

Seattle: The End of Trolleybuses?
Cul-de-sac Hell and the Radius of Demand

You are here: Home › Can Local Buses “Stimulate” Development?