Dan Malouff at Greater Greater Washington has sketched a schematic (not geographic) Frequent Bus Network map for the city, and separate maps for each suburban county.  See the original to enlarge and sharpen. 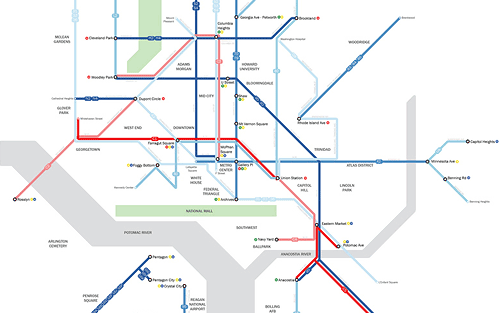 Obviously I recommend Frequent Network maps that show all the modes that run frequently, in some legible way.  In this case that would include the subway.  Otherwise, you seem to imply that there is a huge audience of bus people who want to travel only by bus.  Of course, such a map would need to be at a much larger scale and would have required a lot more work (and tough design choices) to draw.  This bus network is obviously discontinuous because the missing links are in the rail system.