Google Maps is slowly unveiling a major update (sign up here), including an upgrade to the transit function of the map. There's been plenty to criticize in the existing trip planner Google has offered for years, which Nate Wessel's guest post here in April summed up well. In short, trip planners tell you how to get from an origin to a destination, but they don't do much to reveal the broad scope of your transit mobility in a city.

I haven't yet had the chance to test the update myself, but it looks as though Google is at least moving in the right direction. Ask the new Google Maps for transit directions, and rather then routing a hypothetical "shortest trip" which often relies on impractical connections between low-frequency services, you'll get several alternatives based on the best frequency over the longest span of service. It also (finally) accounts for lines whose paths duplicate service over a section of a trip. Not only are the alternatives put on the map, but there are some clever trip visualizations, too. 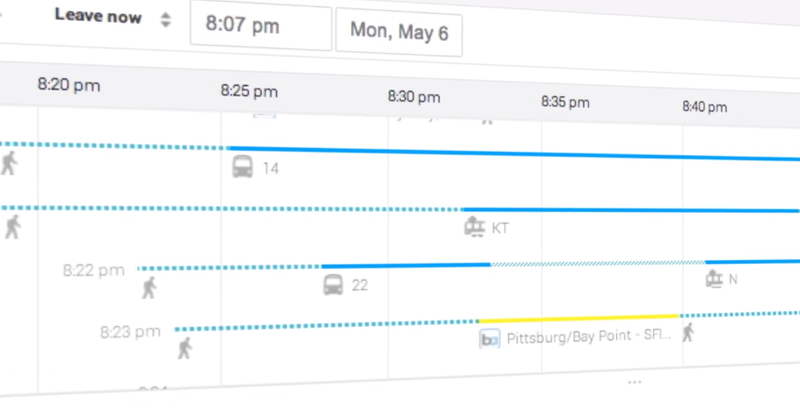 What's more, Google is also starting to understand the utility of giving users access to the universe of possible trips from a single origin. The screenshot below shows two lines available from a station in London, but its worth noting that plenty of other lines are also visible. 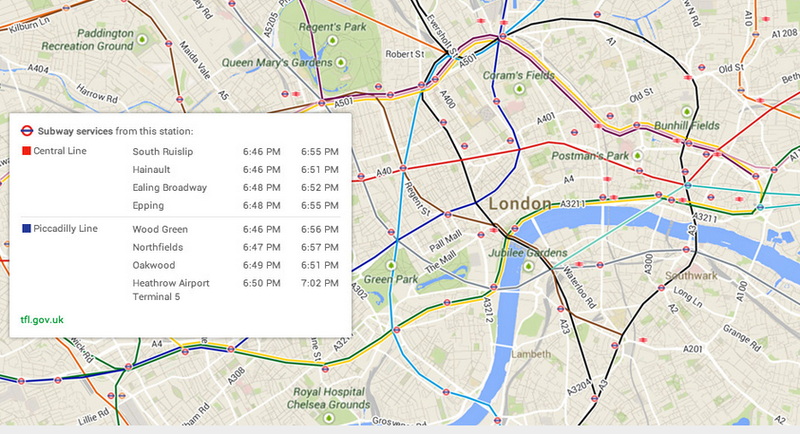 Bruce over at Seattle Transit Blog has a smart take on this:

Guidebook routing more closely reflects the way the vast majority of people actually use transit, prioritizing frequency and span of service on generally-useful routes over infrequent one-seat rides that just happen to provide doorstep service. Its works best, of course, in transit systems full of truly high-frequency, reliable all-day routes, but to the extent that we have such service here, the same ideas apply.

Google Maps is one of the most important methods people use to learn how to make trips using transit. To date, it has offered a bare-bones trip planner which might be somewhat useful in making an individual trip, but with very little information about the system beyond what its algorithms (sometimes seemingly arbitrarily) determine is the best way to get somewhere. While this isn't quite the automatically generated frequent network map I called for here, Google is finally incorporating frequency as a critical part of travel directions.

the driving boom is over
real-time transit mapping: watch your system in motion

You are here: Home › google maps wants you to see all your transit options