If you care at all about visual communication — and if you aren't blind from birth, then you do — you should be following the remarkable debate about the New Zealand flag.  National flags are so enduring that it is hard to imagine a graphic design task with higher stakes.  Revising one triggers a profound argument about national identity, which ultimately comes down to a couple of questions:

To review, the current New Zealand flag looks like this: 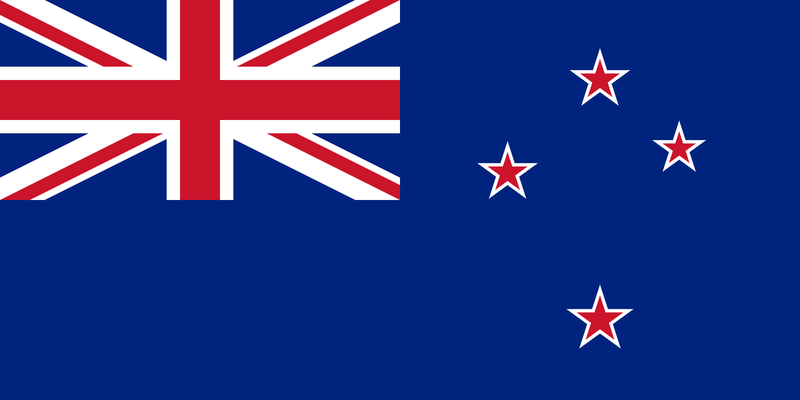 The Union Jack and the Southern Cross, the latter a distinctive constellation that is also on Australia's flag.   (With all due respect to defenders of this flag, both images are about New Zealand's tie to other countries, countries that the nation's identity has lately been separating from. I also understand the view that flags should never change on principle; that is a different debate.)

The New Zealand flag seems disconnected from the evolving palette of national identity.  National  imagery rarely uses the flag's colors.  Sometimes it uses blue-green colors that echo the textures of the landscape; you will find these in the customs hall at Auckland Airport for example.  Increasingly, though, the government uses black.  The association of black with New Zealand comes from another image that is so universal that some visitors probably think it's the flag already: 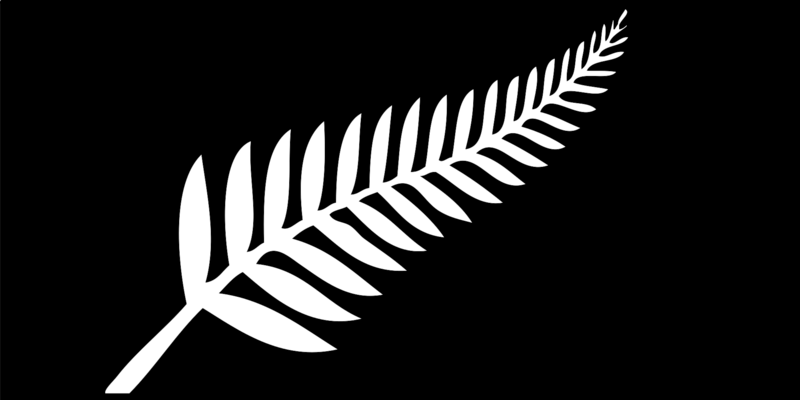 This image is most common in sports, as it's the logo of most national teams including the famous All Blacks of rugby, but it long ago spilled over into the general consciousness as an unofficial symbol of the country.

If I may reveal botanical interests more suited to my other blog, this is not just any random leaf or frond.  It's based on the underside of the spectacular Silver Fern, Cyathea dealbata, one of the  tree ferns that define so many New Zealand rainforests (top on left, underside on right). 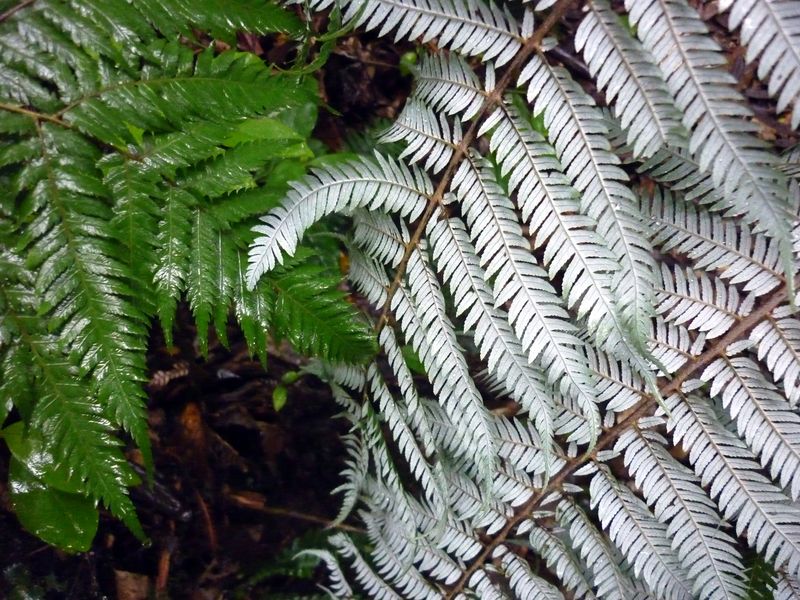 Sports and tree-hugging in one image!  This would seem to make the silver fern a winner across the cultural spectrum.  It might also remind you of another former British colony that tired of its Union Jack, and forged a new identity out of botany: 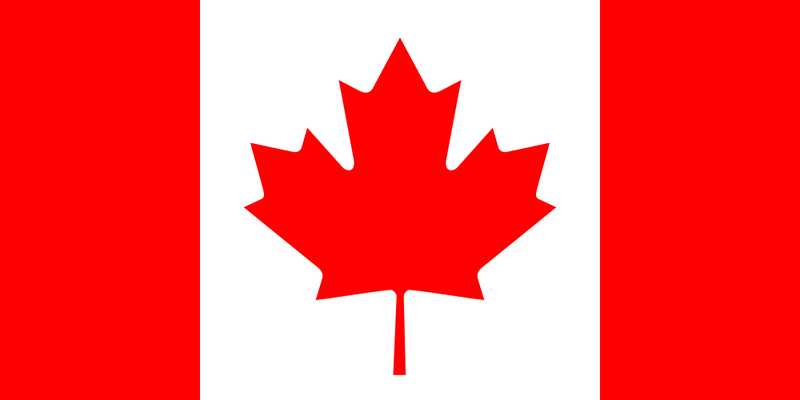 The Canadian flag was adopted in February 1965, so it just turned 50.  Like the Silver Fern in New Zealand, the maple leaf had been hanging around in Canadian imagery for a while.  So it's not surprising to see the fern so prominent in New Zealand flag ideas.

So how has the debate gone?  Well, the government's earnest committee canvassed the country and came up with these semi-finalists: 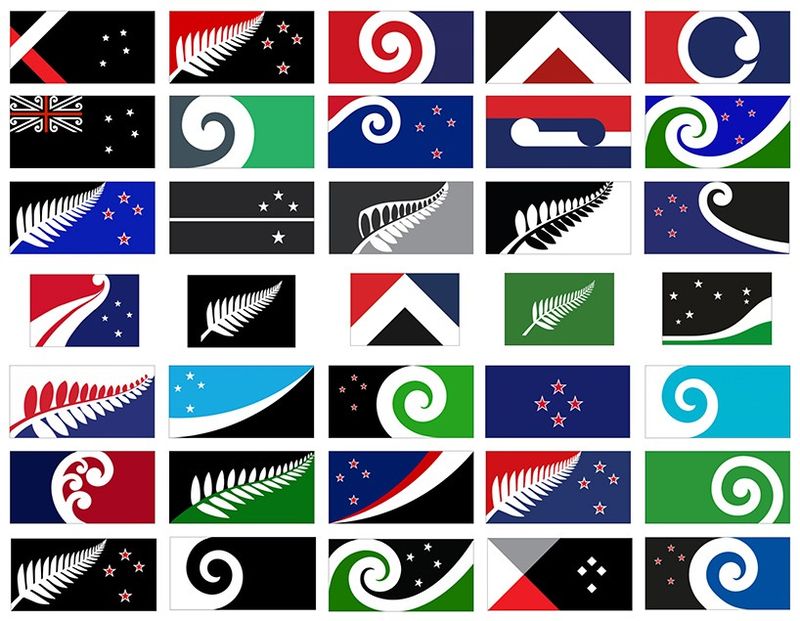 It's remarkable how much consensus there was on which images matter: the Southern Cross, a gesture toward the old flag, plus two main expressions of the fern: the frond and the spiral form called the koru.  (The latter, common in Maori imagery, is based on the shape of a frond as it just unfurls.)

When you look at that field of contenders, does your eye go to the busier ones or the simpler ones?  Mine went to the simplest, the ones with a single idea, not a collision of several, and the ones that looked enduring by virtue of not trying to be sexy.  For that reason, the original silver-fern-on-black still looked right to me.

But the people who chose the four finalists felt differently:

… at which point, all hell broke loose.  There are many complaints, including that three of the four are too similar to represent a choice, and that #2 is already selling plastic plates: 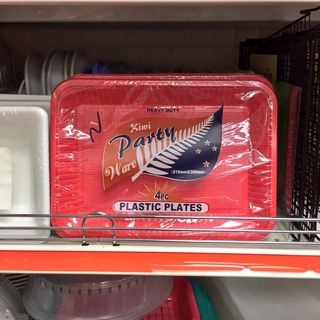 Yeah, something isn't right. Found this the other day. #NZflag pic.twitter.com/3Z9twOe9at

But the real problems are these:

What do you gain, designer of finalist #1, by flipping half of the silver fern image into negative, and making the frond leaflets more rounded so that they no longer resemble the plant?  How is this better than the simple silver fern on black?  Only that a graphic designer obviously designed it, in a way that is supposed to look cool.

But a flag is supposed to outlast its designer, and the design fashions of the moment.  Remember, the Canadian flag was designed in the 1960s.  If their design competition had been seeking something as "contemporary" and "designed" as New Zealand's final four, they might have found inspiration in one of these: 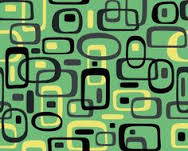 Fortunately, they didn't.  You can't tell, looking at the Canadian flag, that it's an artefact of the 1960s, and that's the whole point.  A flag has to have a sense of timelessness and simplicity, which is why you must reject  any design that calls attention to the cleverness of the designer or relies on design fashions of the moment.   The creativity it requires begins with the willingness to disappear as the creator.  None of the finalists displays this.

How is this debate relevant to this blog's concerns in public transit?  If you really want to sell public transit, teach people to count on it.  Make it seem solid and enduring, not just sexy and ephemeral. Go for the simple, solid idea that will still make sense — practically and aesthetically — decades from now. 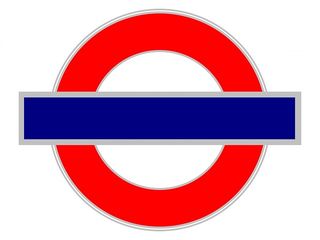 And this principle extends even beyond graphic design, to debates about whether transit technologies should be chosen for "fun" or reliability.

Do you notice how insecure companies change their logos and liveries more often than confident ones do?  Do you notice how they use flashy look-at-me images instead of clean and enduring ones?

Flashiness, fun, and novelty may attract customers, but only simplicity and reliability retains them. Which message do you want to put forth about your transit system, or your country?

21 Responses to Can Design Learn from the New Zealand Flag Debate?

You are here: Home › Can Design Learn from the New Zealand Flag Debate?