Posted on May 29, 2014 in Columbus, Frequent Networks, Urban Structure

Columbus, Ohio's metro transit agency, COTA, has now released a new network plan for public comment.  As in the recently unveiled similar plan for Houston, I led the network design task on this project as part of a consulting team led by IBI Associates.

Again, the core idea is to expand the Frequent Network — the network of services that run every 15 minutes or better all day — so that more people have service that is highly useful.  Here's the existing Columbus area frequent network : 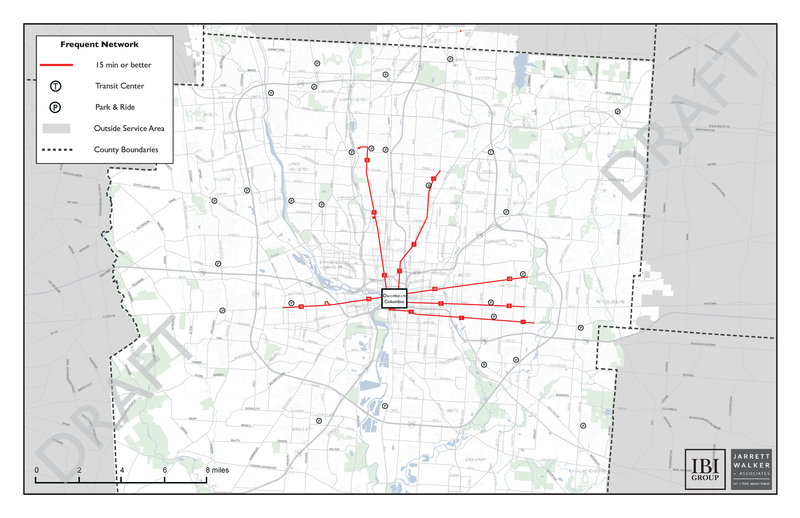 And here is the Draft Proposed Frequent Network: 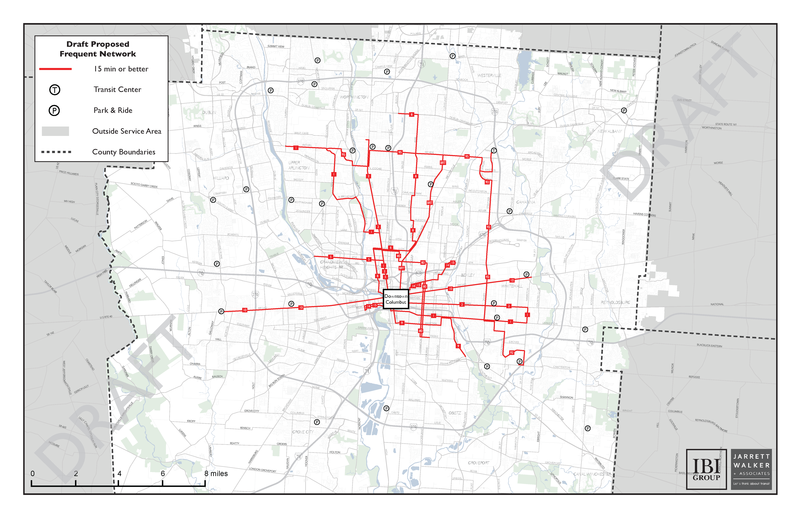 In Houston, we achieved similar expansion solely by reallocating existing resources.  In Columbus, there was a small budget for expanded service, but still, 90% of what is achieved here is the result of reallocation: removing overlapping routes and deviations, removing duplication, and in some cases removing service that very small numbers of people were using.

Details of the plan are on the COTA website, here.   The total proposed network is here.  Note that color denotes all-day frequency: red is 15, blue is 30, green is 60.  The plan does many other good things, including a major expansion of weekend service. 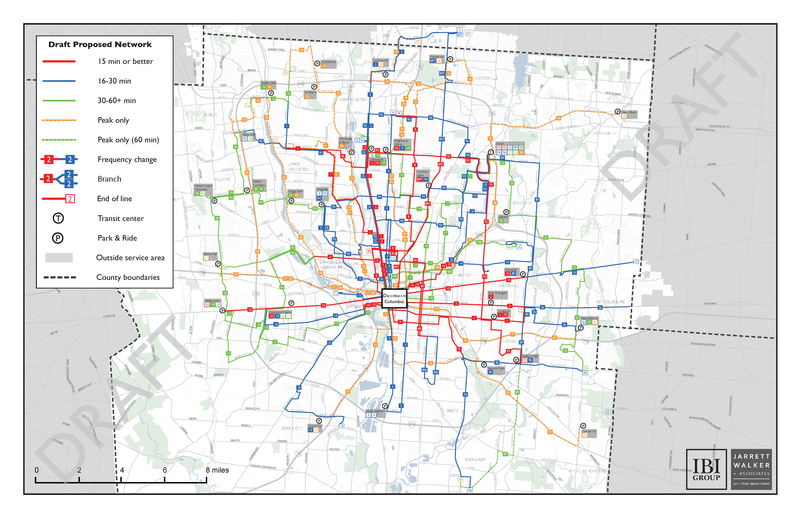 Again, if you're in the Columbus area, please comment to COTA using this special email:   [email protected].  At this stage there is no decision about whether to implement a plan such as this one.  Any final plan will be revised based on public comment that comes in over the next couple of weeks.  That means that if you like the plan, it's important to comment to that effect, as well.

As someone who designs transit networks for a living, it’s often lonely trying to promote good network design.  When changing services to create a better network, everyone who is negatively impacted complains at once, while those who would benefit (including people who care about the efficiency and usability of their city as a whole) tend not to tune in.  So the political process of getting change approved is often unpleasant to say the least. 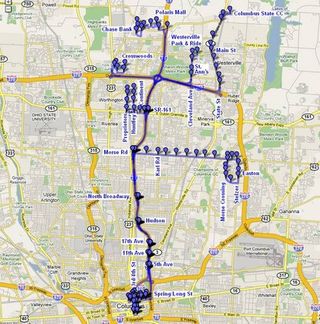 It would help if every city had advocates promoting basic principles of efficient network design.  For a good example of what this might look like, have a look at the Columbus Bus Rapid Transit Plan.  This appears to be the work of a local advocate who signs comments as “John,” but like Shakespeare he seems to have completely submerged his identity under his work.  I can’t find out anything else about him, nor does he have an obvious place to get feedback. END_OF_DOCUMENT_TOKEN_TO_BE_REPLACED

You are here: Home › Columbus