The Edmonton Journal's Elise Stolte has been doing an excellent series on the city's debate about the future of transit.  Unlike many transit debates, this one is about a real issue that affects the entire city: how to balance the ridership goals of transit with the competing coverage goals, where "coverage" means "respond to every neighborhood's social-service needs and/or sense of entitlement to transit even if the result is predictably low-ridership service."   This is the great inner conflict in transit planning: Do we respond to demand (ridership) or to needs and expectations (coverage)?

When I briefed the Edmonton City Council last year, as part of their Transit System Review, I encouraged the council to formulate a policy about how they would divide their transit budget between ridership goals vs. coverage goals.  This solves a fundamental problem in transit analysis today: too often, transit services are being criticized based on their failure to achieve a goal that is not the actual goal of the service.

For example, almost all arguments about how unproductive North American bus service is are based on the false assumption that all bus services are trying to be productive.  Based on all the agencies I've worked with, only around 60-70% of bus services have ridership as a primary purpose.  (My test: "Is this service where it would be if ridership were the only goal of the agency?")

I may have invented this rigorous way of talking about transit's conflicting mandate.   I began developing it in a Spokane (Washington) project around 1997 and in projects in Bellingham and Reno a few years later.  My peer-reviewed paper on the methodology us here and the case for it is also in Chapter 10 of my book Human Transit.  Helping transit agencies think about this question has been a central part of most transit studies I've done since, including major projects in Houston, Columbus, Indianapolis, Salem (OR) etc.

Nothing makes me happier than to hear elected officials debating an actual question whose answer, once they give it, will actually affect reality.  This is what's happening in Edmonton now.  So far,  articles in Elise Stolte's series have included

Soon, I'm sure, she'll cover some of the passionate arguments in favor of coverage services, which we heard from several City Councilors when I last briefed them on the issue.

Throughout, the Journal's Elise Stolte has taken a tone of genuine curiousity ("So, will you help me think this through?") in an argument where there are no right or wrong positions, only different priorities and visions to be balanced.  Is your city having this conversation clearly? 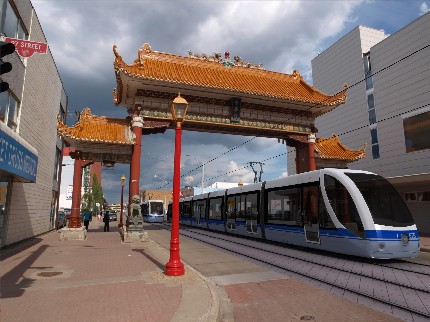 You are here: Home › Edmonton