This post is sentimental and off-topic, apart from its obvious link to the triumphs of Canadian transit and of Vancouver in particular.  But hey, it’s my blog. 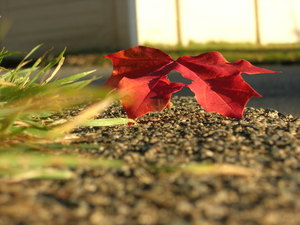 Though I lived in Canada for only a year, I hope my fondness for the country comes through in this sentimental meditation on Canadian thanksgiving.  I wrote it five years ago around this time, when I was based in Vancouver, but it all feels true enough today.

Thanksgiving Day in Canada is Monday, October 11.  May it be a day of joy and gratitude for all of HT’s Canadian readers, and for anyone who’s ever admired their remarkable nation. 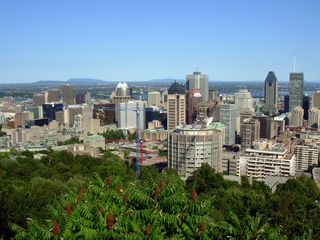 Andy Riga of the Montreal Gazette interviewed me on Frequent Network branding, in response to the roll out of such a brand by their local transit agency, the STM.  END_OF_DOCUMENT_TOKEN_TO_BE_REPLACED

Google is getting us all used to the idea of automatically generated maps, which sacrifice many opportunities for clarity and beauty in order to be instantly available and automatically up-to-date. But Anton Dubrau, who writes the intelligent Montréal transit blog Catbus, asks:

END_OF_DOCUMENT_TOKEN_TO_BE_REPLACED 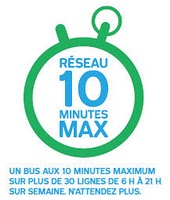 Montréal’s transit agency STM is the latest to introduce a frequent network brand for its buses.  The Réseau 10 Minutes (“ten-minute network”) will consist of 11 all-day services running every 10 minutes or better.  The excellent local urbanist blog Montréalites Urbaines (in French) has been following the story.  Sadly, it is not yet highlighted on the network map, at least not the map for the central city, but these things usually happen in several steps as the idea slowly takes root in different parts of an agency. END_OF_DOCUMENT_TOKEN_TO_BE_REPLACED

An engineering professor in Montréal got his transit agency to pay for his taxi fare because his bus didn’t show up.  Unfortunately, it took many days of his time in small-claims litigation, so his trophy, a $40 check from the agency, should probably be framed rather than cashed.

Now and then a transit agency tries some kind of “on time or we pay” guarantee.  In the Montréal suburb of Laval, for example, the buses are equipped with Global Positioning System (GPS) technology.  The deal is that if your bus is more than five minutes late (a fact that the agency can verify via GPS), you can demand a free bus ticket, which is nice but not much of an incentive for the agency.  It seems to me the same GPS-driven approach could be used to implement a policy if “when we’re more than x minutes late, we stop collecting fares.”  That would actually help a late bus get back on time, because fare transactions are so time consuming. END_OF_DOCUMENT_TOKEN_TO_BE_REPLACED

You are here: Home › Montréal