From the Chicago Breaking Business Report:

Digital mapping company Navteq has introduced a new navigation system
that guides drivers based on the way people naturally give each other
directions, with Chicago as one of the initial cities in the launch.

Its new system, called Natural Guidance, gives instructions based on
points of interest and landmarks. For example, instead of traditional
navigation systems that tell drivers to turn after a certain amount of
distance, Natural Guidance instructs users to “turn right after the
yellow shop.”

I hope you like the look of your yellow shop, because if you paint it green, you’ll be destroying your city’s navigation system.

Give me feet, or meters, any day.

Posted on July 1, 2010 in Navigation, Philosophy

The online communications advisor for TransLink in Vancouver, Jhenifer Pabliano, has asked me to answer a few questions, for her to publish in TransLink’s blog, the Buzzer.  I figure I might as well post the responses here. 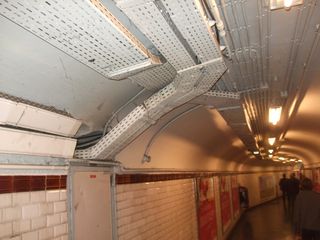 Following up on this widely-discussed post about styles of navigation, today's New York Times has an informal survey of ordinary people's ability to identify north.

Of 20 New Yorkers interviewed — some beneath Union Square, some in
the sun in the park itself — 13 pointed to north accurately and
instantly, 4 pointed in the wrong direction, 2 pointed to the sky …

(Perhaps, when New Yorkers say "I'm going up to Albany," some people are taking that literally.)

They also gave a simple test that seems to me to capture the difference between spatial navigation and narrative navigation, as I used the terms here.

As an extra challenge, we asked a few people to try a “homing task.”
Mr. Vinci was one of the participants. Using chalk, we marked Mr.
Vinci’s position on the ground, then asked him to close his eyes, take
two steps forward, three steps to the right, spin 180 degrees, and then
return to his original location.

All the others who were asked to perform this dance reversed their
steps to return back to their starting point. Scientifically, this is
known as a “route-following” approach; anecdotally, it’s a
less-efficient but fail-safe method.

The "route-following" approach, I think, corresponds to narrative navigation: understanding location through the steps required to get there.  Narrative navigators have followed a story to get from A to B, so to get back they can only follow the same story backwards.

Only a spatial navigator would be able to step back diagonally to the starting point.  Whereas a narrative navigator can remember a series of steps, and reverse them, the spatial navigator is remembering an actual map, so he can "see" that there is a shorter path back than the one he had taken.

The last post on spatial vs narrative navigation got quite an interesting comment thread, and interesting response posts by both Angus and Cap’n Transit, all of which I encourage you to read.  Commenter Russ also offered several useful scholarly links, especially to Janet Vertesi’s very readable article exploring how the familiar London Tube map structures people’s images of the city. END_OF_DOCUMENT_TOKEN_TO_BE_REPLACED 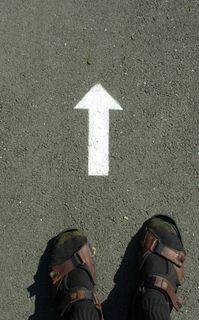 Can science explain why some transit system maps are so much better than others? Alex Hutchinson has an excellent article in the Canadian newsmagazine The Walrus on how increased reliance on Global Positioning Systems (GPS) for navigation may be reshaping our brains. Might this be related to the difficulty of getting good maps of a transit system?

Humans have two methods of navigation.  Spatial navigators can construct maps in their heads as they experience a place, and also tend to be good at using maps as navigational aids.  Narrative navigators  navigate by creating or following verbal directions.  For spatial navigators, the answer to the question where? is a position in mapped space.  For narrative navigators, the answer to where? is a story about how to get there.  Obviously, this is a spectrum; many of us are in the middle with partial capabilities in both directions.  (I think we probably all know this from our own experience, but according to Hutchinson, the definitive academic study showing this difference has the amazingly recent date of 2003.)

Taxi drivers, obviously, have to be spatial navigators, because they must constantly plot courses for trips they’ve never made before.  Before the advent of GPS, this requirement actually shaped their brains.  Hutchinson writes: